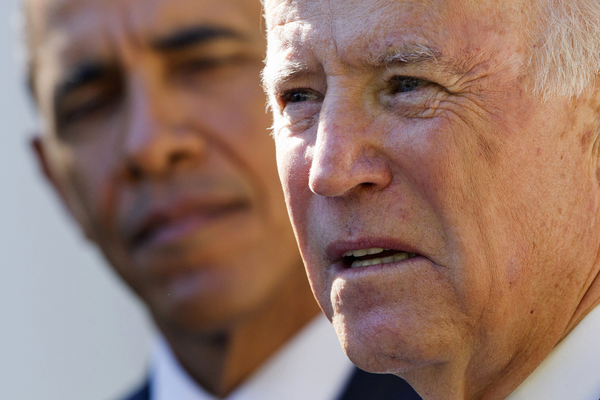 Former President Obama said his former Vice President Biden was finishing his work to redistribute wealth through programs like Obamacare in a published interview.

“I think that what we are seeing now is Joe and the administration are essentially finishing the job,” he said in an interview with New York Times columnist Ezra Klein.

“And I think it’ll be an interesting test. Ninety percent of the folks who were there in my administration, they are continuing and building on the policies we talked about…”

Obama expressed his frustration that former President Donald Trump’s administration interrupted his ability to get credit for the strength of the economy.

“The fact that Trump interrupts essentially the continuation of our policies, but still benefits from the economic stability and growth that we had initiated, means people aren’t sure. Well, gosh, unemployment’s 3.5% under Donald Trump.”

“That clouds what I think would have been a more impactful shift in political views towards Democrats as a result of my presidency,” he said.

But Obama said he hoped Biden’s success would shift the next generation of Americans toward more leftist policies.

“If they’re successful over the next four years, as I think they will be, I think that will have an impact,” he said.

Obama said the political environment of the coronavirus pandemic was different, as Republicans had teamed up with Democrats to spend $2 trillion in economic stimulus, and Americans were more willing to accept help from the government.

“I think we’re now in an environment where if we just get some big pieces in place, building on what we did before, people will notice,” Obama said. “And it will have a political impact.”