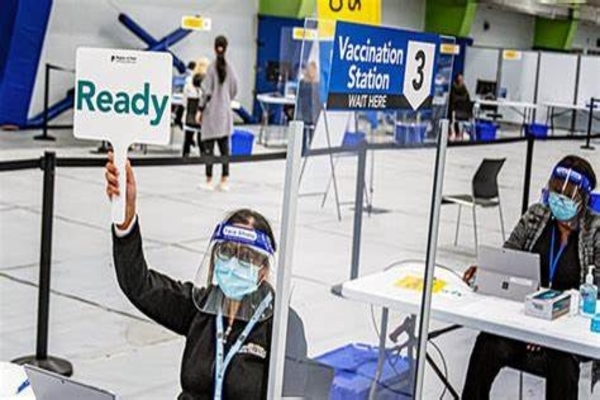 Dr. Eli David of Deep Instinct Security noted that Singapore was flattening the curve because of vaccinations, but not the intended way:

On Sunday, the Singapore Ministry of Health (MOH) confirmed 2,809 new cases over the previous six days. The number is lower than earlier weeks because adequate testing is hampered due to the outbreak in cases.

“The fall in the number of cases today is likely due to fewer swabs being done over the weekend at public health preparedness clinics and polyclinics and is not indicative that the epidemic curve is bending,” the MOH stated.

Health Minister Ong Ye Kung noted that the country is already preparing for 5,000 new cases per week. They anticipate that they will have to deal with 10,000 new cases per week before long. As of right now, 307 patients require oxygen supplementation, with 14 individuals currently in the ICU.

Big League Politics has reported on the countries with the highest vaccination rates shattering records for COVID-19 cases:

“The state of Israel recently shattered their record for COVID-19 case totals while being among the world leaders in vaccine compliance among their population.

Israel registered an incredible 11,000 cases that were reported on Monday. As of right now, there are only 719 severe cases that have been documented in Israel, but that number is expected to majorly rise in the upcoming weeks.

“I expect that morbidity will rise further, but I hope it will not be a new outbreak,” Health Ministry Director-General Nachman Ash said to Channel 12.

As a result of the vaccine failure, there will be more punishing restrictions against those who have yet to submit to the ineffective jab. Under the incredibly Orwellian “Coronavirus Traffic Light System,” physical classes for schoolchildren in grades 7 through 12 will be canceled until an over 70 percent compliance rate with the vaccine is reached…

The vaccine regime is backfiring, but no government leaders want to blame Big Pharma for his public health disaster. It will only get worse with hundreds of millions of people enraptured by the mass hysteria propaganda.”

The experimental COVID-19 vaccines are apparently not working the way they were intended to. However, more jabs are being pushed soon, even small children.