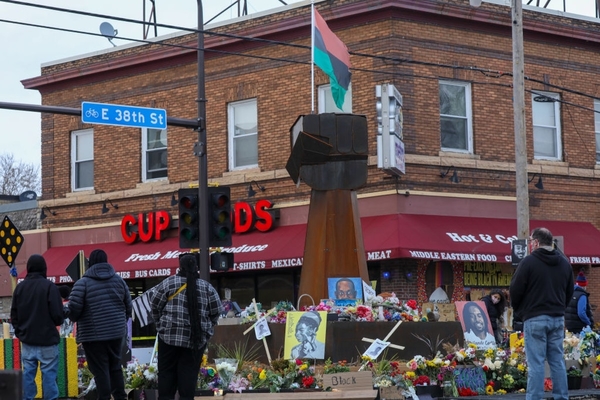 Black-owed Minneapolis business located in the no-go zone are pleading for help from the police reports the New York Post:

Black merchants near the once-thriving corner of 38th Street and Chicago Avenue said police had abandoned the blocked-off intersection, creating a dangerous autonomous zone that has seen crime spike and business evaporate.

“The city left me in danger,” the owner of Smoke In The Pit restaurant told The Post Thursday.

“They locked us up on here and left us behind,” said the merchant, who asked to be identified only as Alexander W. for fear of reprisals.

“The police, fire trucks, can’t come in here,” Alexander told the Post. “They left me with no food, no water, nothing to eat.”

The Democrat-run city is not interested in fulfilling its primary obligation to keep citizens safe and ensure freedoms to go about their lives and make a living. It is, however, interested in pushing agendas and lies about systemic racism.

The no-go zone is empty of consumers, the Post reports. Customers do not come as they know it is unsafe, and the left-wing terrorists threaten them in Black Lives Matter and Antifa and the other gangs of criminals who have no fear of the police.

“The black-owned businesses say they have lost 75-percent of their business since the Floyd memorial sprouted up shortly after his death” and “feel they have been the sacrificial lambs” at the hands of a Democrat-run city.

The area called “Geroge Floyd Square” is blockaded, business owners’ and residents’ concerns are being dismissed by the terrorists overseeing the area, but they add that gang members “keep us safe in their own way.”

The people Democrats claim to want to help have been denied black Americans the ability to live a normal life or run their business.

If every Democrat-run city has to be burned to the ground to hide the fact that Democrats are incapable of governing- they will make sure the cities burn.

Will the victims of this no-go zone vote for change? Perhaps it is time to focus on the quality of life issues.

We in Rural America own guns but have no gun violence or violent crime crisis. Our air, water, and streets are clean and safe. People of all races and creeds live together in peace.

You get what your vote for; how can you continue to vote for race riots, violence, looting, arson, and bad policing?