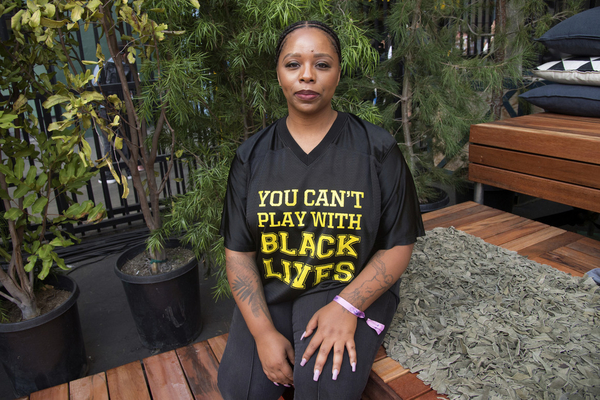 (breitbart) – Black Lives Matter (BLM) apparently sent millions to a Canadian charity lead by the wife of its cofounder to buy a mansion that was formerly the headquarters of the Communist Party, the New York Post reported Saturday.

“M4BJ, a Toronto-based non-profit set up by Janaya Khan and other Canadian activists, snagged the 10,000 square foot historic property for the equivalent of $6.3 million in cash in July 2021, according to Toronto property records viewed by The Post,” the outlet stated.

Khan is the wife of Patrisse Khan-Cullors, a co-founder of Black Lives Matter Global Foundation Network and a self-avowed Marxist. She resigned from the group last year, a month after The Post revealed that she had spent $3.2 million on homes in Georgia and Los Angeles. Khan-Cullors vigorously denied that BLM donations were used to buy the homes. The purchase of the Toronto property, named the Wildseed Centre for Art and Activism, came to light amid mounting concerns over the US activist group’s lack of transparency in its finances.

In April, family members of Michael Brown and Breonna Taylor, two iconic victims in the BLM movement, questioned funding of the movement, and Taylor’s relatives described the Louisville, Kentucky, BLM branch as a “fraud.”

Meanwhile in Canada, the purchase was blasted by a pair of senior members of the organization who stepped down recently over the location’s funding.

“For BLM Canada to take money from BLM Global Network for a building without consulting the community was unethical,” Sarah Jama reportedly said in a social media post this month. “For BLM Canada to refuse to answer questions from young black organizers goes against the spirit of movement building.”

The questions surfaced while BLMGNF experienced internal turmoil after two activists set up to manage the group following Khan-Cullors resignation apparently left a few months ago.

Makani Themba along with Monifa Bandele reportedly claimed they did not know who managed the group’s over $66 million from Thousand Currents, the nonprofit in charge of managing its donations.

“Thousand Currents transferred the cash to BLMGNF in Oct. 2020 when it broke with the group, according to public filings,” the Post article said.

Cullors is now bringing more activism into the entertainment industry with projects advocating for reparations in a book and television projects with Warner Bros., Breitbart News reported Sunday.