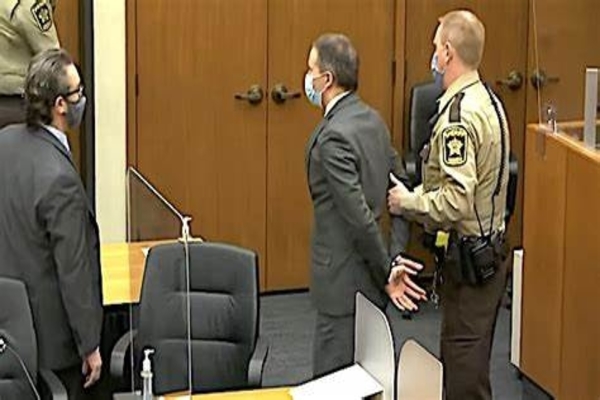 The secret plan of The Department of Justice to arrest Derek Chauvin in court if he was cleared in the George Floyd murder.

So they came up with a contingency plan: If Chauvin were found not guilty on all counts or the case ended in a mistrial, they would arrest him at the courthouse, according to sources familiar with the planning discussions.

The backup plan would not be necessary. On April 20, the jury found Chauvin guilty on all three murder and manslaughter counts, sending him to the state’s most secure lockdown facility to await sentencing and avoiding the riots many feared could engulf the city once again.

Now, with Chauvin’s state trial out of the way, federal prosecutors are moving forward with their case. They plan to ask a grand jury to indict Chauvin and the other three ex-officers involved in George Floyd’s killing — J. Alexander Kueng, Thomas Lane, and Tou Thao — on charges of civil rights violations, a source said.

If the grand jury voted to indict, the former officers would face the new civil rights charges on top of the state’s cases, meaning all four could be headed toward yet another criminal trial in federal court.

[…] Under the contingency arrest plan, the Minnesota U.S. Attorney’s Office would have charged Chauvin by criminal complaint — a quicker alternative for a federal charge that doesn’t require a grand jury — so they could arrest him immediately, and then asked a grand jury for an indictment, according to sources, who were not authorized to speak publicly.

The Biden administration has disregarded the constitutional prohibition of “double Jeopardy.”

Last week alternate juror on the Derek Chauvin told KARE11 she “did not want to go through rioting and destruction again” and “was concerned about people coming to [her] house if they were not happy with the verdict.”

Ellison, on 60 minutes, said he “felt a little bad” for Chauvin, as though he was sympathetic or impartial.

When Biden was running for president, he said America needed to scrap the “white man’s” “English jurisprudential culture.”