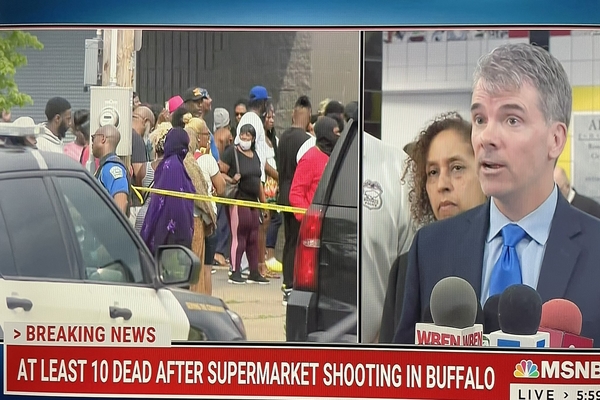 An eighth innocent was also struck by gunfire and is in critical condition.

Buffalo Police Department tweeted that a shooting suspect is in custody:

NY Gov. Kathy Hochul (D) responded to news of the shooting by tweeting:

CBS News reports that Buffalo Mayor Byron Brown was “on scene” after news of the shooting broke.

New York has some of the most stringent gun controls in the nation, including universal background checks, a “high capacity” magazine ban, an “assault weapons” ban, a permit requirement to buy a handgun, a red flag law, gun storage requirements, “ghost gun” regulations, and a prohibition against gun possession by felons, among other controls.