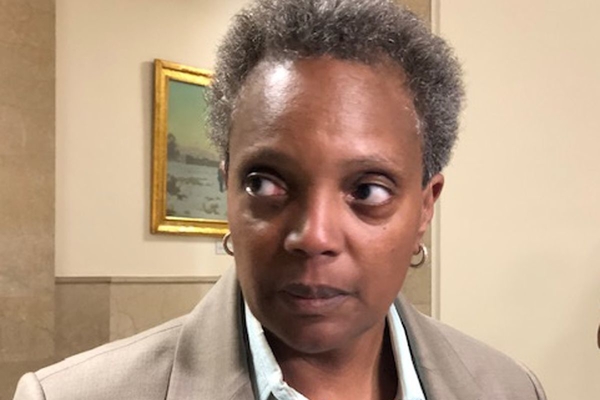 During the weekend in Mayor Lightfoot’s (D) Chicago, Forty-five people were shot, five fatally. Another two people were killed in stabbings.

The Sun-Times noted Saturday night around 11:15 pm; a 21-year-old man was shot multiple times in the head while riding in a vehicle. He was pronounced dead at the hospital.

Shortly before midnight Saturday, a 27-year-old was shot “in the 5600 block of South Morgan Street.” He was transported to a hospital and pronounced dead.

Sunday around 2 pm, a 34-year-old man was shot and killed while standing “in the 800 block of North Ridgeway Ave.” He was talking to another man when a third person approached on foot and opened fire. The other man was in good condition with gunshots to the arm and abdomen.

Most recently, about 3 pm Sunday, a 17-year-old boy was driving in West Garfield park when someone fired shots, striking him in the face. The teenager died.