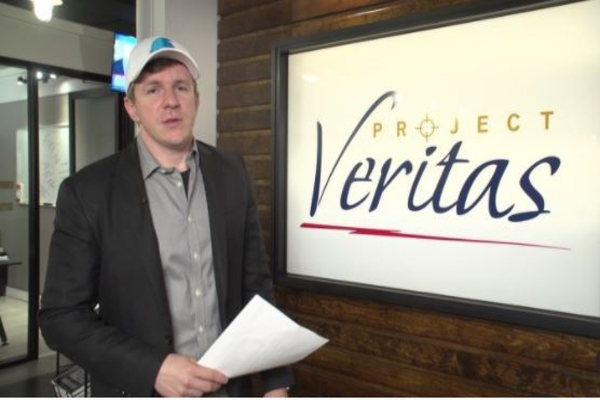 In a statement, O’Keefe vowed to sue Twitter: “I am suing Twitter for defamation because they said I, James O’Keefe, ‘operated fake accounts. This is false, this is defamatory, and they will pay. Section 230 may have protected them before, but it will not protect them from me. The complaint will be filed Monday.”

In the first video, Chester admits that CNN’s negative coverage of unproven allegations against Rep. Matt Gaetz (R-FL) is “propaganda” because Gaetz is a “problem for the Democrats.”

“It would be great for the Democratic party to get him out. So we’re going to keep running those stories to keep hurting him,” continues Chester.

In further undercover footage, Chester can be heard admitting that CNN is unlikely to give a great deal of attention to the race of a mass shooter in its coverage if they “aren’t white.”

Chester also admits that “a bunch of black men” have been responsible for recent violent attacks against Asian-Americans and that this a problem because “the optics of that are not good” and CNN is “trying to help BLM.”

In further candid comments, Chester can be hard saying that CNN practices the “art of manipulation” to “change the world.”

“This is pure censorship for political reasons because he has successfully exposed CNN, the media, and Democrats,” said conservative influencer Robby Starbuck on Twitter.

“O’Keefe exposes CNN for lying about me and Donald Trump for propaganda,” said Rep. Matt Gaetz. “Then Twitter suspends him.”

Violation of Twitter Rules on platform manipulation and spam

As outlined in our policy on platform manipulation and spam, “You can’t mislead others on Twitter by operating fake accounts,” and “you can’t artificially amplify or disrupt conversations through the use of multiple accounts.”

Twitter did not clarify what does and does not count as improper use of multiple accounts. CNN, for example, operates the @CNN, @CNNBusiness, @CNNNewsroom, and @CNNPolitics accounts, among others. All are verified.