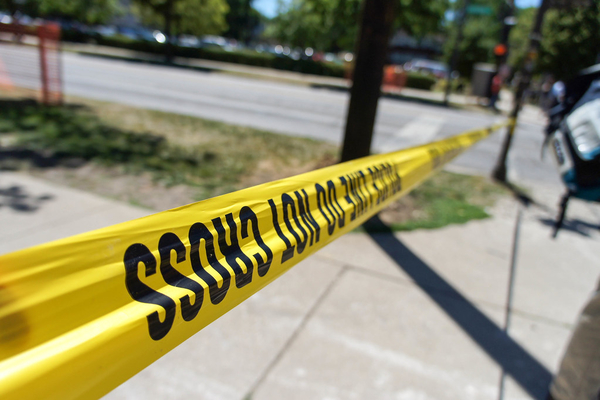 An alleged robber was shot and killed by a 77-year-old concealed carry permit holder in Chicago. The Chicago Sun-Times reported that the 77-year-old was in his garage when a vehicle pulled up and the alleged robber exited and “demanded his belongings.”

The 77-year-old retired Chicago Fire Department captain drew his gun and opened fire; the alleged robber was struck in the head and chest.

The form captain retired from the Fire Department about 15 years ago and has a valid firearms owner’s identification card and a concealed carry license. The incident took place inside his garage on East 89th.

Around 12:30 pm, a robber drove up to his residence, got out of the vehicle, and pulled out a gun before demanding the man’s property, Chicago Police and CFD spokesman Larry Langford said.

The man then retrieved his gun, which had had on him at the time of the would-be robbery, and shot the assailant in the head and chest.

The robber, who was not immediately named, was pronounced dead at the scene, according to police.

The Chicago Police Department stated the shots were fatal.

Meanwhile, the 77-year-old was not injured.