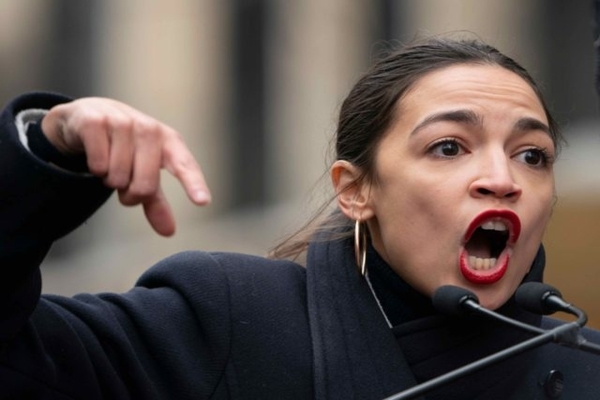 Texas Governor lifting restriction in the state, including the mask mandate, sent Rep. Alexandria Ocasio-Cortez (D-NY) in a rage. She warns the move “endangers the entire country and beyond.”

“93.2% of Texans aren’t fully vaccinated. The state just endured one disaster worsened by selfishness + denial of basic science. Now conditions are being set for another,” the far-left Democrat said, expressing outrage over the governor’s decision to roll back the statewide mask mandate, which had been in effect since July.

“Repealing the mask mandate now endangers so many people, especially essential workers & the vulnerable,” she continued, warning that reopening the state “endangers the entire country and beyond.

“We are in a pandemic. We know that COVID spread isn’t neatly contained by state borders, and explosions in COVID cases can increase the likelihood of new COVID variants to develop or spread to new places,” she added. “It’s dangerous”:

On Tuesday, Gov Abbott’s announcement in Lubbock, Texas, tells the group it is “time for Texas to be open 100 percent.”

“Everybody that wants a job should be able to get a job. Every business that wants to be open should be open,” the Republican governor said, noting that Texas now has sufficient tools to protect Texans from the Chinese coronavirus.

“With the medical advancements of vaccines and antibody therapeutic drugs, Texas now has the tools to protect Texans from the virus,” he said.

“We must now do more to restore livelihoods and normalcy for Texans by opening Texas 100 percent. Make no mistake, COVID-19 has not disappeared, but it is clear from the recoveries, vaccinations, reduced hospitalizations, and safe practices that Texans are using that state mandates are no longer needed,” Abbott added.

Abbot said the state administers “about 1 million ” vaccines a week, with over 7 million to be given by next week.

“Hospitalizations & the positivity rate are lowest in 4 months. All Texans know the safe practices,” he said in a social media post:

As Florida’s Sunshine state has remained open under Gov Ron DeSantis’s (R) leadership, Texas is following. In his Tuesday State of the State Address, DeSantis pledged that he would continue to ensure the state remains open for business.

Florida has reported fewer cases per capita in the last seven days than New York, which has some of the country’s strictest restrictions. According to data from the Centers for Disease Control and Prevention (CDC).