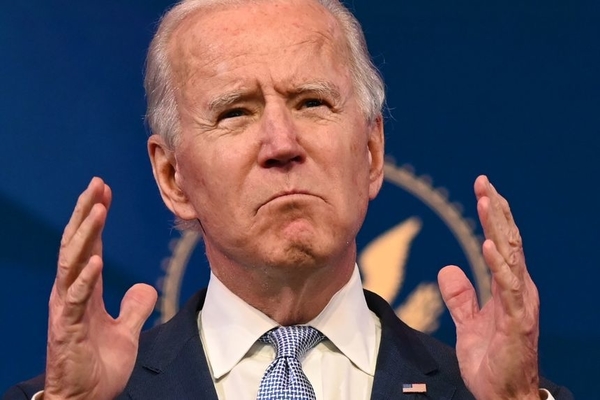 President Joe Biden sounded a dark note after numbers were released on Friday for the state of the American economy.

“It’s very clear that our economy is in trouble,” he said during a speech at the White House, highlighting the difficulties for Americans during the coronavirus pandemic.

Pointing to the rise in suicides, drug overdoses, domestic violence, and mental health problems were addressed while he spoke about the hopelessness in the country.

The government is the solution, announcing that he would move forward on his $1.9 trillion rescue package.

“A lot of folks are losing hope and I believe the American people are looking right now to their government for help,” he said.

Biden indicated he was no longer interested in working with Republicans to pass a bipartisan coronavirus relief bill, negotiations would only prolong the aid that was needed immediately he noted.

“I’m going to act. I’m going to act fast,” he said. “I’d like to do it with the support of Republicans … But they are not willing to go as far as we need to go.”

“What Republicans have proposed is either to do nothing or not enough,” Biden said. “All of a sudden, many of them have rediscovered fiscal restraint and concern for the deficits.”

The Republican approach would only ensure more direct pain for the American people. Biden said.

Congress would only seek $1,400 individual direct payments, despite his promise to the people in the state of Georgia to send out $2,000 checks “immediately” if they put Democrats in control of the Senate.

“I’m not cutting the size of the checks. They’re going to be $1,400. Period,” he said. “That’s what the American people were promised.”

Biden again repeated his message that he wanted to err on spending to much money rather than to little.