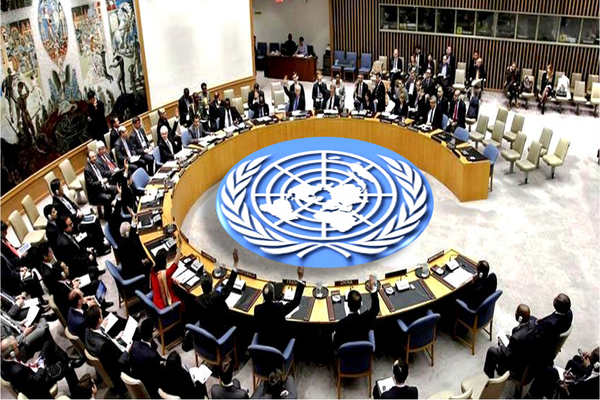 The Biden administration agreed to participate in a meeting on Sunday to discuss “the situation in Israel and Gaza.”  After initially blocking a U.N. Security Council Meeting on Friday.

Diplomats said the United States, a close ally of Israel, had initially suggested a virtual public meeting could be held on Tuesday.

“The U.S. will continue to actively engage in diplomacy at the highest levels to try to de-escalate tensions,” said U.N. Ambassador Linda Thomas-Greenfield when announcing the administration’s support for a Sunday meeting.

The Times of Israel (TOI) quoted Security Council diplomats who said the U.S. wanted to hold the meeting off until Tuesday but relented and agreed to an open session on Sunday under pressure from Norway, China, and Tunisia.

“The emergency meetings on Monday and Wednesday earlier this week had been held behind closed doors. During those sessions, the US blocked an effort by all 14 other member states to issue a joint statement on the violence that condemned both sides,” TOI reported.

“Washington continues to believe that a meeting will not help the ongoing violence” and fears the Security Council will end up releasing a “statement bashing Israel” under the influence of anti-Israel members, a “source familiar with the U.S. approach,” told the Saudi news agency al-Arabiya.

“This, I hope, will give some time for the diplomacy to have some effect and to see if indeed we get a real de-escalation and can then pursue this at the United Nations in that context,” Blinken said on Thursday when explaining why the U.S. would prefer to hold an open Security Council meeting next week.

A draft statement prepared by Tunisia and Norway condemns both Palestinians and Isreal for the current conflict and condemned Israel for using “excessive force against peaceful protesters,” as Al-Arabiya has seen.

According to Foreign Policy, the Biden administration “stonewalled” efforts by the Security Council to issue a joint statement on the Israeli-Palestinian conflict at least three times this week after the council met in a closed session. Norway and Tunisia have been pushing for a statement that would criticize “Israel’s evictions and demolitions of Palestinian properties in occupied East Jerusalem.” The Security Council cannot issue a statement without a consensus from all members.

“The Biden administration has already said that it intends to distance itself from the Middle East and to really not be as involved in the Middle East as the U.S. has been in the past. One could respond to that after the last two days and say, ‘Good luck with that,’” Jonathan Schanzer of the Foundation for the Defense of Democracies remarked to Foreign Policy on Wednesday.