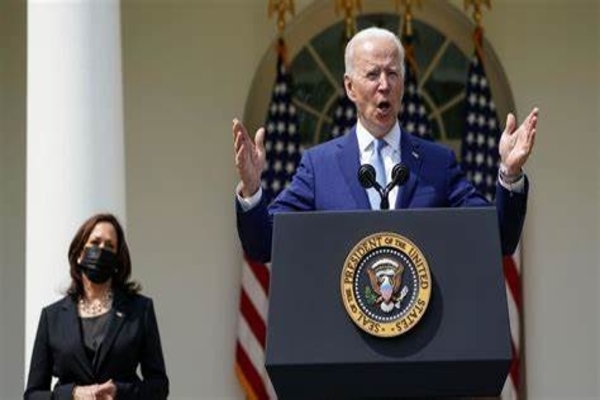 Biden is quoted as saying, “Gun violence in this country is an epidemic.” According to CNN.  He also described it as “an international embarrassment.

The administration aims to “confront not just the gun crisis but what is actually a public health crisis,” Biden said in his remarks in the Rose Garden. Vice President Harris joined him.

President Biden unveiled executive orders on gun control on Thursday, at a press conference in the White House Rose Garden.

“Nothing I’m about to recommend in any way impinges on the Second Amendment,” Biden said. “They’re phony arguments suggesting that these are Second Amendment rights in what we’re talking about.”

“We know red flag laws can stop mass shooters before they can act out their violent plans.” Biden then directed the Justice Department to publish model red flag legislation that states can adopt.

Biden failed to mention Colorado has had a red flaw law since January 1, 2020.  It did nothing to prevent the Bolder attack in March 2021.

He added, “Modifications to firearms that make them more lethal should be subject to the National Firearms Act.”

“Today with online sales and ‘ghost guns,’ times and trafficking methods have changed. We have to adjust. We also have to ask the Justice Department to release a new annual report; this report will better help policymakers address firearm trafficking as it is today, now what it was yesterday.” The president also wants an annual report on gun trafficking.

“Gun violence is estimated to cost the nation $280 billion a year.” The cost is tied to gun crime across America, particularly in minority communities.

Biden claims Americans could have gun control “at a fraction of the cost.”

He also pushed for two gun control laws that would go even further than that.

“We should also ban assault weapons and high-capacity magazines in this country,” Biden said. He said “there’s no reason” a person would need a weapon that can hold “100 rounds.”

“We should also eliminate gun manufacturers from the immunity they receive from the Congress,” Biden said, referring to the Protection of Lawful Commerce in Arms Act (PLCAA). This law prevents gunmakers from being sued for crimes committed with guns they sell legally.

“This is the only outfit that is exempt from being sued,” he continued. “If I get one thing on my list… give me that one because I tell you what there would be a come to the Lord moment these folks would have real quickly.”

Republicans, meanwhile, have expressed their suspicion of Biden’s plan, which goes even further than what he announced Thursday.