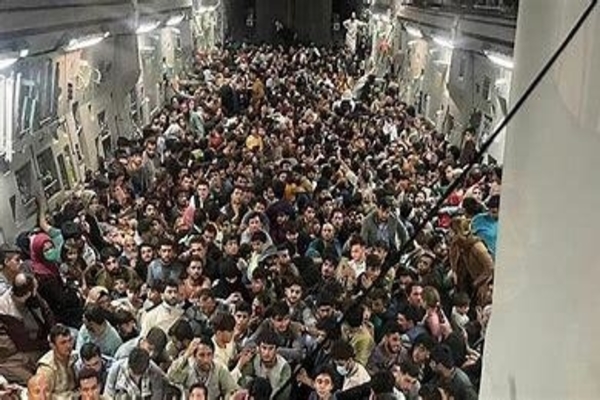 More than 80,000 Afghans want to come to the United States, the Washington Post reported on August 16.

The official said that the State Department is also dealing with more than 80,000 visa applications for Afghans who worked with the U.S. government or find themselves at risk.

The 80,000 is in addition to the 2,000 Afghans who have already come to the United States and is in addition to an estimated 10,000 – 40,000 U.S. citizens in Afganistan… “[including] dual nationals or children of Americans who may not have the proper passport or visas,” Rogin reported.

“Our immigration laws are not structured to serve as a mea culpa for that or to reward all of these people with some form of status in the United States … which seems to be what all of the neoliberals and neoconservatives that like to fight forever wars are saying,” stated Rob Law, director of regulatory affairs at the Center for Immigration Studies. The immigration laws of the U.S. are intended to protect American families from unscrupulous employers importing cheap labor, not to bail out failed policy endeavors.

However, business groups and allied progressives are calling for more foreign migrates, as they will be workers, consumers, renters, clients of the government, and, eventually, voters.

Sen. Bernie Sanders (D-VT) tweeted on August 15, “Afghanistan was left with a corrupt government and an ineffectual military … we must do everything we can to evacuate our allies and open our doors to refugees.”

The demands come as the unprecedented inflow of migrants is already overwhelming the Biden administration.

Some Republican politicians have remained silent regarding the attempts of the Biden administration to transfer a growing number of Afghans into the United States.

However, the alarm is being raised by some Republicans

“We spent over a $trillion and thousands of our lives.” Rep. Paul Gosar (R-AZ) tweeted on August 26. “To help them there. In their fight. Not to simply import them here.”

Wendy Rogers (R-AZ) tweeted: “We are not the world’s dumping ground for refugees.”

“Under no circumstances should America accept a single ‘refugee’ from Afghanistan due to Biden’s disorderly withdraw,” Sabatini stated regarding the refugee policy enacted by Canada in fear of Taliban reprisals against Afghans. “We cannot afford to further contribute to the hundreds of thousands of ‘refugees’ no matter where they come from — South America, Middle East, or Asia.”

“American families have already paid the ultimate price over the last 20 years. We sent our brothers, sisters, sons, and daughters to the endless wars. We paid our taxes to finance the wars—we will not be put on the hook for potentially 100,000 ‘refugees,’” Sabatini explained. “The ‘uniparty’ in Washington must be held accountable for their failures, not the American people.”

Afghan migrant advocates dismiss public worries as “white nationalist” racism instead of trimming the inflow of other migrants to make room for Afghan migrants as an obvious compromise.

Each year, roughly one million new legal immigrants are imported by the federal government, with another 400,000 temporary workers competing for jobs and houses. This year, President Biden’s administration has already allowed 700,000 migrants to cross the border.

American’s career opportunities will be damaged by migration, as wages will be cut, rent will be raised, and productivity will be curbed.