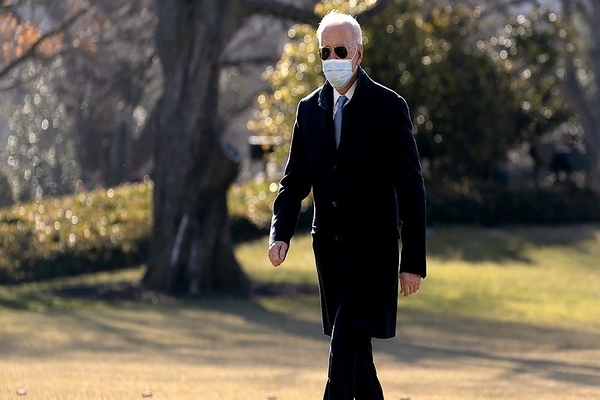 Intelligence agencies question the narrative of the White House being caught off guard by the sudden fall of Afganistan to the Taliban.

Intelligence sources claimed to seriously question the Afgan military’s ability to resist the Taliban in July, the New York Times reported. However, Biden told reporters it was unlikely the government would fall.

“The likelihood there’s going to be the Taliban overrunning everything and owning the whole country is highly unlikely,” he said July 8th.

Biden acknowledged receiving intelligence on July 8 about Afganistan; he answered a question about the intelligence report that predicted a collapse of Afganistan without American support. “That is not true. They did not reach that conclusion,” he said.

“The Afghan government and leadership has to come together,” Biden continued, avoiding any details of the report by placing responsibility on the Afghans. “They have the capacity. They have the forces. They have the equipment. The question is: Will they do it?”

During his speech on Monday, Biden said the collapse of the country “did unfold more quickly than we had anticipated.”

While the intelligence agencies could not have predicted a nearly immediate collapse of the Afganistan government, Biden failed to acknowledge the growing concerns from analysts in the Summer.

A White House official noted Biden and his team never got a “high confidence” level warning of a complete military collapse in Afganistan while pushing against the intelligence narrative.

The Wall Street Journal reported sources from both the military and intelligence branches saying they warned Biden about the fragile situation in Afghanistan, in particular the Taliban’s ability to seize major cities with little or no resistance from the Afghan military.

The Journal reports that Biden was urged by Chairman of the Joints of Staff Army Gen. Mark Milley to keep a force of about 2,500 troops while continuing to seek a peace agreement. Also, Secretary Lloyd Austin expressed concerns about a full withdrawal.

Secretary of State Anthony Bllinken and National Security Adviser Jake Sullivan also had concerns about the Taliban but did not disagree. They knew Biden was committed to completing the withdrawal.

Answeres will only come from a congressional investigation. Because Democrats control Congress, the 2022 midterm elections will play a role in creating a congressional committee to investigate Biden’s knowledge of what he knew and when.

Biden admitted Monday, “I am president of the United States, and the buck stops with me,”