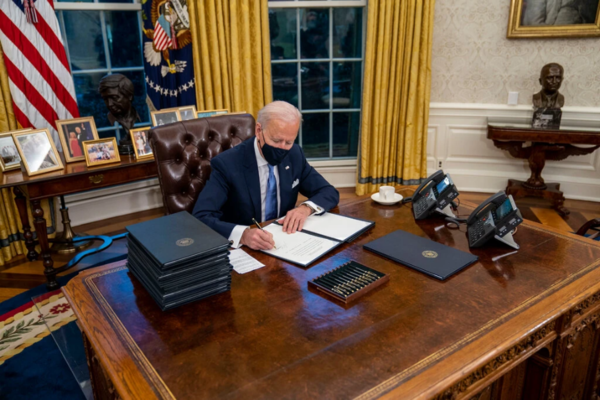 The Biden administration plan to resettle Afghans across the country is expected to explode.

Pentagon officials announced a few days ago that up to 22,000 Afghans are expected to arrive in Fort Lee, Virginia, Fort Bliss in Texas, and Fort McCoy in Wisconsin.

However, the Washington Post was told by resettlement agencies, the number of Afghans “seeking evacuation through a U.S. visa program” is closer to 100,000 and could be as high as 300,000.

State and local jurisdictions will not be allowed to deny the resettlement of Afghans in their communities, Biden has rescinded Trump’s order.

President Trump issued an executive order in September 2019 that gave the power to veto refugee resettlements in their committees to state governors, county officials, and local government.

A federal judge granted a nationwide preliminary injunction in January 2020. States and local jurisdictions were stripped of their veto power until the settlement of the case.

A lawsuit against Biden for rescinding Trump’s order has yet to be filed by Republican attorneys. The only reverse route through the courts giving veto power back to local jurisdictions over refugee resettlement.

According to research, Americans pay nearly $9 billion every five years for refugee resettlement costs; throughout their lifetime, each refugee costs taxpayers about $133,000. An estimated 16 percent of all admitted refugees will need housing assistance, paid for by taxpayers within five years.