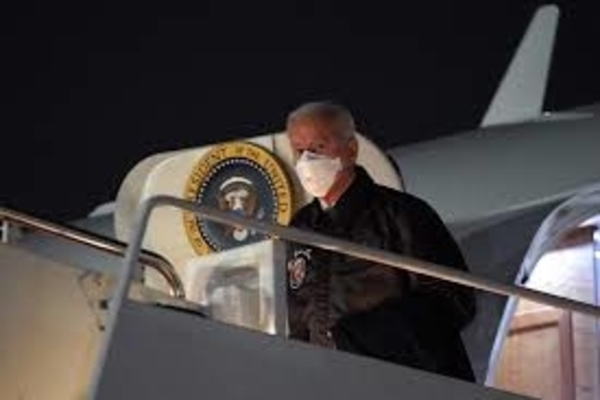 President Joe Biden declared although Republican senators did not vote against Trump, the “substance of the charge” that spawned the impeachment trial in his mind was “not in dispute.”

The Senate failed to reach the 67 votes needed to convict Trump of the charges he incited an insurrection on January 6, as Congress was certifying the 2020 presidential election.

When the decision came down, Biden was at Camp David, pointing to Senate Minority Leader Mitch McConnell (R-KY), who did not vote to convict Trump. Biden’s response statement in part.

“While the final vote did not lead to a conviction, the substance of the charge is not in dispute,” Biden said as he lamented what might have been, even as Trump was celebrating the outcome.

While remaining mostly silent on the impeachment process and trial to date, Saturday in a statement, he chose to lay out his observation.

“Even those opposed to the conviction, like Senate Minority Leader McConnell, believe Donald Trump was guilty of a ‘disgraceful dereliction of duty’ and ‘practically and morally responsible for provoking the violence unleashed on the Capitol,” Biden continued, before going on to repeat his calls for unity to “end this uncivil war and heal the very soul of the nation.”

Trump left the White House on January 20,  successful impeachment could not be used to remove him from power.  Democrats had hoped a conviction would eliminate him from holding office again.