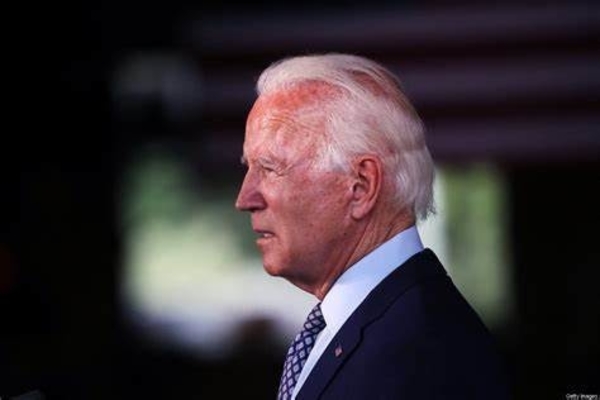 The New York Times caved to social media pressure and changed the controversial headline “Biden, Still Grieving His Son, Finds That Not Everyone Wants to Hear About It.”

According to Fox News, the Times was blasted by social media users claiming the outlet was out of place, judging the President’s continuous grief for his son Beau. “OMG, what is wrong with the New York Times,” wrote one user. “They are truly f—ing terrible. There is no right way for people to manage their grief.”

One firey tweet, “That paper is broken. Fire everyone.”

He helps me through my son’s loss when he speaks about Beau. He brings my son Michael into the conversation, too, and I appreciate the recognition of our grief. The New York Times is losing more of its decency every time they do these cheap shots.

The Times updated the headline from “Biden, Still Grieving His Son, Finds That Not Everyone Wants to Hear About It” to “In Invoking Beau, Biden Broaches a Loss That’s Guided His Presidency.”

The President’s interactions with Gold Star families were highlighted in the article.

Mark Schmitz, the father of fallen Marine Lance Corporal Jason Schmitz, asked the president not to forget his son’s name at Dover Air Force Base amid the return of his body. Schmitz was taken aback as the president used the death of Jason to segue towards his grief regarding Beau. “I respect anybody that lost somebody,” Schmitz began, “but it wasn’t an appropriate time.”

William McGurn, who served as a speechwriter under President George W. Bush, ripped the President’s use of his dead son’s legacy for the benefit of political cover. “Mr. Biden is not a Gold Star father and should stop playing one on TV,” the speechwriter published in a Wall Street Journal op-ed.

The Times reported that, six years after Beau Biden’s death in 2015, “the president still sometimes mentions his son in the present tense in private discussions, according to people who have spoken with him.”