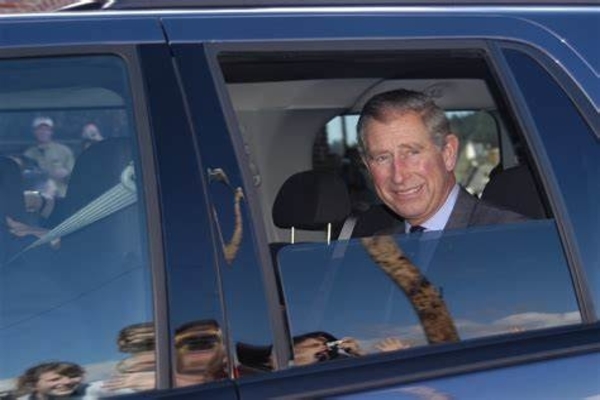 Prince Charles, an heir to the British throne, called for a “vast military-style campaign” to battle climate change.

Duke of Edinburgh, Prince Charles, called on the world’s governments to take a “war-like footing” to solve the climate crisis.

“The COVID-19 pandemic has shown us just how devastating a global cross-border threat can be; climate change and biodiversity loss are no different. In fact, they pose an even greater existential threat, to the extent that we have to put ourselves on what might be called a war-like footing,” Charles said.

The British royal claimed that “time has quite literally run out” as many countries are unable to make the necessary investments into green technologies,  it will be up to more prosperous nations to marshal “a vast military-style campaign” with “trillions at its disposal” to fight climate change.

For this vision to work, “parallel” solutions must be replaced with “global systems-level solutions” to lead the “radical transforming of our current fossil fuel-based economy to one that is genuinely renewable and sustainable.”

Prince Charles has called for globalist solutions as an early proponent of the World Economic Forum’s Great Reset agenda. The Prince argued the need for “rewiring” the global economy back in 2015 to prevent a climate catastrophe.

While the Prince called on the world’s people to change their behavior, this standard did not apply to his behavior, as he, alongside many world leaders and diplomats, traveled to the summit in a private jet.

Breitbart News reported it had been estimated the emission produced by globalists jetting into Glasgow would outweigh the total emissions produced by the Scottish people in a year.

Prince Charles claimed there was a “dangerously narrow” window to tackle climate change, and on Sunday, the Prince claimed that COP26 is the “last chance saloon” for leaders to save the world.

Despite the Royal family refraining from engaging in political matters, they have increasingly become vocal on climate change.

The Queen was initially scheduled to appear at the conference; however, last week, Buckingham Palace announced the 95-year-old would not be attending the United Nations meeting in Glasgow due to a recent illness.

Prime Minister Boris Johnson claimed the world is at “one minute to midnight” on Monday.

“Humanity has long since run down the clock on climate change,” the Conservative Party prime minister said, adding: “It’s one minute to midnight on that doomsday clock, and we need to act now.”