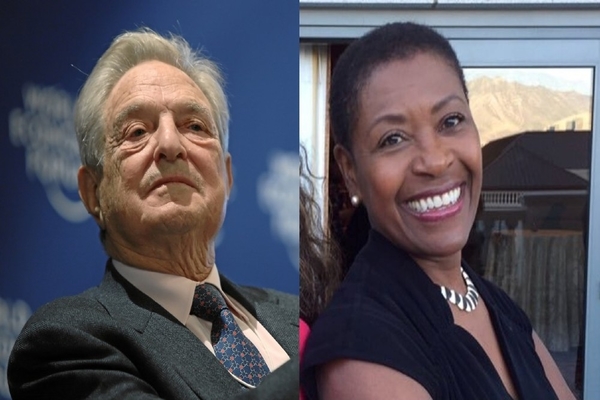 California, District Attorney Diana Becton, back by Geroge Soros, on Wednesday, charged a sheriff’s deputy in a 2018 shooting and a shooting of an armed suspect last month.

In the 2018 incident, the 33-year-old Arbodela was killed after leading officers on a slow chase through Danville. Sheriff’s Department video shows Hall stopping his patrol car, getting out, and running toward the sedan driven by Arboleda. Hall then opened fire and continued to shoot as Arboleda’s car passed by, striking Arboleda nine times.

Hall later testified at an inquest that he was afraid Arboleda would run him over.

“The details of Hall’s case suggest it might be more difficult to convince a jury of his guilt — the incident unfolded swiftly, and Hall has claimed he believed his life was at risk,” The San Jose Mercury News added.

Hall was involved in another incident last month; he confronted 33-year-old Tyrell Wilson, armed with a knife, throwing rocks at cars from an overpass. Wednesday bodycam footage was released; it “shows the deputy call out to Tyrell Wilson, 33, then shoot him within seconds of asking Wilson to drop his knife,” the AP reported.

Contra Costa County Sheriff David Livingston said that Hall’s actions in the Wilson case were justified. But attorney John Burris, who represents the families of both Wilson and Arbodela, said that Wilson would still be alive if Hall had been punished for Arbodela’s death.

The timing seems political, Hall’s attorney said; the charges against his client include voluntary manslaughter and assault with a semiautomatic firearm.

Since then, Soros has continued to back left-wing prosecutors around the nation to push criminal justice reform.

Becton charged a couple with a “hate crime” for painting over a “Black Lives Matter” mural on the road in Martinez, California, last year.