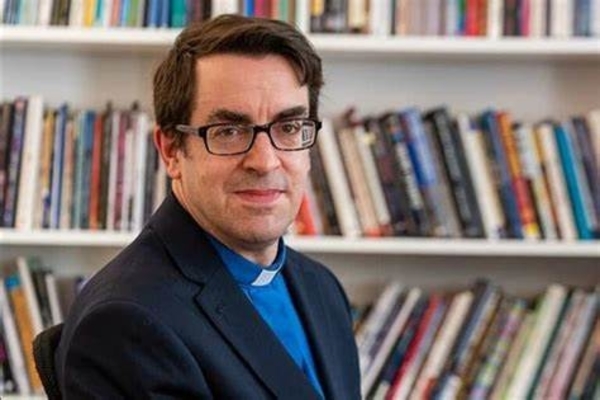 A Christian chaplain at Trent College was fired and reported the anti-terrorism department program of the British government, telling pupils that it is acceptable to question and disagree with far-left LGBT ideology taught at the school in a sermon.

Claiming to have a “Christian ethos,” Trent College invited Educate and Celebrate to their camps in 2018. The educational charity was there to make the school more LGBT-friendly.

Educate and Celebrate declared that their mission was to “embed gender, gender identity, and sexual orientation into the fabric of your school.”

The head of the charity, Dr. Elly Barnes, has openly stated that the purpose of Educate and Celebrate is to “completely smash heteronormativity, that’s what we want to do.”

The Reverend Dr. Bernard Randall performed a sermon defending traditional Christian beliefs following questions from a pupil on why pupils “are told we have to accept all of this LGBT stuff in a Christian school?”

Dr. Randall stressed the Christian ethics of understanding, grace, and kindness but added that pupils should not feel as though they must accept teachings if they believe they run contrary to their faith in the June 2019 sermon entitled “Competing Ideologies.”

“Now, when ideologies compete, we should not descend into abuse; we should respect the beliefs of others, even where we disagree. Above all, we need to treat each other with respect, not personal attacks – that’s what loving your neighbor as yourself means,” Dr. Randall said.

“You should no more be told you have to accept LGBT ideology than you should be told you must be in favor of Brexit or must be Muslim – to both of which I’m sure most of you would quite rightly object,” he added.

Randall said in an interview with The Mail On Sunday, “I was terrified when I found out. I had visions of being investigated by MI5, of men coming to my house at dawn and knocking down the front door. What was I supposed to tell my family? It was crazy.”

“I had gone to such lengths in the sermon to stress we must respect one another no matter what, even people we disagree with,” he pointed out.

Police confirmed the chaplain was indeed referred to the anti-terror program by the school; they ultimately determined that Dr. Randall did not represent a “counter-terrorism risk or risk of radicalization” and confirmed that the complaint “did not meet the threshold for a Prevent referral.”

The school also informed him that his future sermons would be reviewed and censored before their delivery in order “‘to ensure that… requirements are met,” according to Randall.

The charity Christian Concern reported that he was told to refrain from discussing “any topic or express[ing] any opinion (in Chapel or more generally around School) that is likely to cause offense or distress to members of the school body.”

“You will not publicly express personal beliefs in ways which exploit our pupils’ vulnerability,” the school also allegedly told the chaplain.

Ultimately, he was dismissed from the school, prompting Randall to sue for harassment, victimization, discrimination, and unfair dismissal. His case will be heard by the East Midlands Employment Tribunal on June 14th, 2021.

“My career and life are in tatters,” he said.