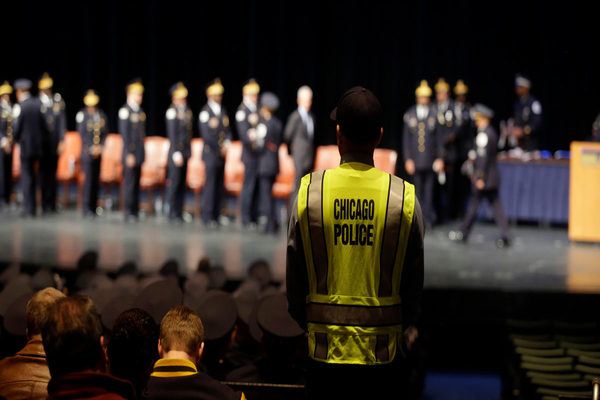 According to Chicago Mayor Lori Lightfoots rules, officers are required to confirm their vaccination status or be subjected to unpaid leave by Friday. Unvaccinated officers will be allowed to stay on the job if they submit to semi-weekly testing.

“The unofficial number we have is about over 3,200; so about of a third of the department,” Catanzara told CBS 2, calling the mandate illegal. The police union head told the news outlet that the rules should be null and void because city officials didn’t negotiate with the union.

“If they refuse, it sounds like they’re going to go into a no-pay status, effective immediately,” he lamented. “All of those things are a change in your employment policies. You have to negotiate with us what that looks like. The city has refused to do that.”

On Friday, Lightfoot directed her administration to file a Complaint for Injunctive Relief against the city’s police union, accusing it of “engaging in, supporting, and encouraging a work stoppage or strike” after Catanzara urged officers to defy the mandate deadline.

“As Chicago’s Mayor, I cannot and will not stand idly by while the rhetoric of conspiracy theorists threatens the health and safety of Chicago’s residents and first responders,” Lightfoot said in a statement obtained by NBC 5. “President Catanzara has time and again deliberately misled our police officers by lying about the requirements of the policy and falsely claiming that there will be no repercussions if officers are insubordinate and refuse to follow a City and Department directive or order.”

Recently Chicago Alderman Anthony Napolitano and five other local lawmakers urged Lightfoot to back down from the mandate, calling it an “infringement on our constitutional rights,” while warning that a potential shortage in officers could make the streets of Chicago even more dangerous.

“If you remove even more police from that equation, our streets are gonna be completely lost. … You’re gonna have cars not manned. There’s gonna be no officers in cars. … You’ll get in your car, and you’ll have 20 or 30 jobs waiting for you,” Napolitano said Wednesday. “Criminals know this stuff. They know what’s going on. You’re gonna see pure melee.”

Gov. J.B. Pritzker (D-IL) has offered to activate the National Guard if the mandate leads to officer shortages.