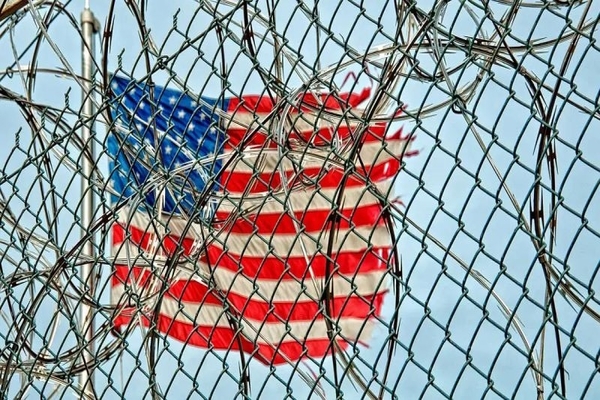 “Gender and protection advisors” are being deployed to address the domestic abuse crisis among the Afgan population temporarily housed in U.S. military bases.

As part of President Joe Biden’s massive resettlement operation, about 53,000 Afghans currently live on eight military bases in Wisconsin, New Jersey, Texas, Indiana, New Mexico, and Virginia. At the same time, thousands more are being flown to the U.S. daily.

Housing a large majority of Afghans, Fort McCoy in Monroe County, Wisconsin is faced with domestic abuse among the population, forcing the U.S. military to deploy “gender and protection advisors” to alleviate the issue, according to the La Crosse Tribue:

The U.S. military has sent “gender and protection advisors” to Fort McCoy to handle domestic abuse, child care emergencies, and the upcoming winter for the thousands of Afghan refugees still housed at the army base.
[Emphasis added]

“Every day there’s calls for domestic violence, mediation, trying to get victims to a safe place, coordination with law enforcement such as the FBI, the military police, and other agencies, child abuse, nutrition, and marriage,” [the chief gender advisor for the U.S. Indo-Pacific Command, Sharon] Feist said. [Emphasis added]

The U.S. military believes the “gender advisors” are necessary with winter coming, the abuse may become worse as Afghan families try to stay warm inside instead of going outside on the base.

In a recent New York Times report, a handful of single Afghan women at Fort McCoy said they were harassed by Afghan men for being on the base without male counterparts.

“We were told, ‘How are you here without your male family member? We won’t tolerate this,'” one of the single Afghan women, 23-years-old, recalled. As a result, military officials had to move all single Afghan women into their own neighborhood on the base to avoid confrontations with Afghan men.

Afghan women at Fort McCoy told the Wisconsin State Journal of similar instances where they have been harassed by Afghan men:

The two women spoke by phone with the Wisconsin State Journal Saturday about their experience at Fort McCoy on the condition of anonymity. They said they feared a negative reaction from some Afghan men housed at the base, many of them former members of the U.S.-trained Afghan National Army who have caused problems, such as harassing women and skipping people in the food lines. [Emphasis added]

After traveling between overseas facilities for weeks, the woman, her husband, children and siblings eventually arrived at Fort McCoy. Yet there, she only found more “chaos,” straining conditions and hardship. Both her husband and sister are in poor health, a constant worry for her. And like the 18-year-old, the woman complained of harassment from male refugees about her clothes and body. [Emphasis added]

“I’m ashamed that I’m complaining about my own Afghan people,” she said, adding that discipline of the men by U.S. personnel is uneven. “They don’t know how to behave with women. … We are afraid of them.”
[Emphasis added]

One of the Afghans is accused of strangling and suffocating his wife, whom he has allegedly abused for years. The other Afghan is charged with molesting 12-year-old and 14-year-old boys and threatening them with violence if they report the abuse.

Last month, military officials confirmed Afghans being reported to the police for robbery and theft. In one instance, an Afghan man was arrested for stealing a vehicle from the base.

The “gender advisors” will also help with treating child malnourishment. The La Crosse Tribune reports that Afghans have complained about the American food being served at the bases.

Information has been sought from Rep. Andy Biggs (R-AZ) and Tom Tiffany (R-WI), along with other Sen. Chuck Grassley (R-IA), about the criminal records of those Afghans on bases where they are temporarily housed.

The Biden administration has not yet disclosed any such information.