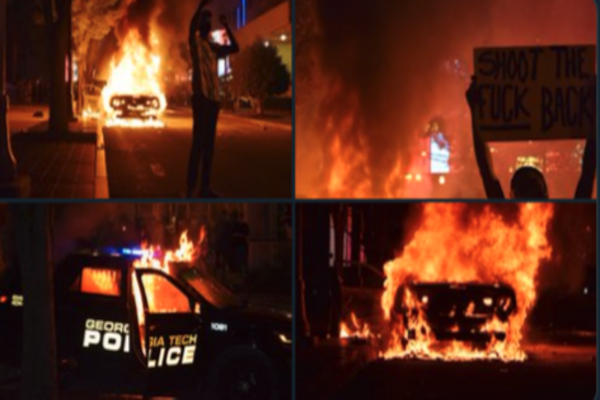 No more debate; the numbers are in. Our nation is in one of the worst crime waves in the history of the United States.

The Federal Bureau of Investigations revealed murders rose by 29 percent last year, drug overdose deaths increased 30 percent, gang-related deaths rocketed more than 55 percent. The 29 percent in murder is the worst single-year increase in American history. The flood of drugs into our communities is the deadliest ever sold. More than 100,000 Americans died due to drugs and homicide in 2020.

The number of assaults increased by 12 percent last year, with nearly 75,000 more violent crimes were committed than in 2019. The total number of property crimes fell, the cost of those crimes increased by almost $2 billion. A record number of arson cases led to a rise of nearly 35 percent, likely associated with the BLM riots of last summer, the most destructive in American history.

There is evidence of a shrinking police presence in America. The FBI gathered data from 100 more law-enforcement agencies that in 2019, there is an estimated 1,000 fewer police officers.

The media has been attempting to deny and downplay this disaster due to Democrat mayors, progressive prosecutors, and liberal governors being to blame.

Last spring, Democrats led the release of 200,000 state and local prisoners under the guise of “coronavirus protocols —including 18 percent of felons held in state jails. In the summer, they embraced the anti-police riots while allowing crime to engulf cities. Progressive prosecutors, in many cases, refused to charge looters and further curtailed the types of misdemeanor offenses they were willing to charge. During the Fall and Winter, mayors and governors waged a relentless campaign to defund, disarm, and defame police officers, which predictably resulted in a massive surge in police retirements.

The media is now attempting to spin this year’s increase in crime. Of course, murder rises slower after the most significant increase in history; it seems impossible to grow faster. The fact that it is staying at high levels is alarming.

We must end jailbreaks, recall and remove progressive prosecutors and back our police. Our communities and children deserve better.