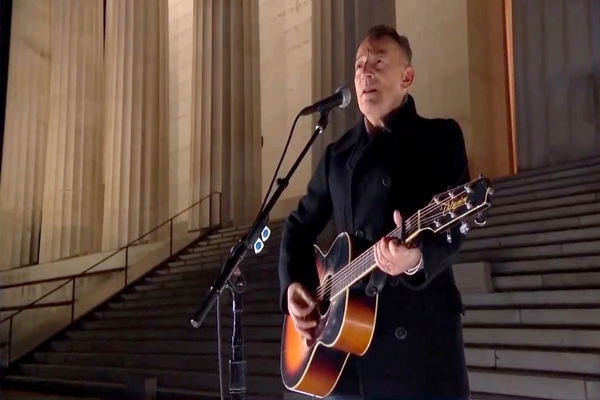 Springsteen, the “Born in the U.S.A” singer, appeared in court for charges related to his November 14 arrest on Wednesday.  Charges include driving while intoxicated, reckless driving, and consuming alcohol in a closed area.

He initially pleaded “not guilty” to all three charges.  According to Asbury Park Press updates, prosecutors agreed that there was “enough evidence to prove” he consumed alcohol in an enclosed area.  Asbury Park Press added that the government “does not believe it can sustain its burden of proof in proving the DWI charge.”

The outlet Mautone praised Springsteen’s driving record.  “He says he has two violations, one use of a handheld device.”

Springsteen advised the judge he can “immediately” pay the fine.

TMZ initially reported the arrest earlier this month, which occurred at Gateway National Recreation Area in New Jersey. There was backlash because Springsteen appeared in a commercial for Jeep in the Super Bowl, urging Americans to meet in the middle.

Jeep suspended the campaign; as a result of the drunk driving arrest.

“It would be inappropriate for us to comment on the details of a matter we have only read about and we cannot substantiate,” a Jeep spokeswoman said at the time. “But it’s also right that we pause our Big Game commercial until the actual facts can be established. Its message of community and unity is as relevant as ever. As is the message that drinking and driving can never be condoned.”

Initial reports indicate Springsteen was cooperative. He initially resisted taking a (PBT) preliminary breath test, as park ranger R.L. Hayes claimed.  The ranger claimed to witness “Springsteen” “consume a shot of Patron tequila before getting on his motorcycle to start the engine.”

Springsteen said he would move to Australia in the event of a Trump presidential victory last October. Springsteen performed at President Biden’s inauguration celebration.