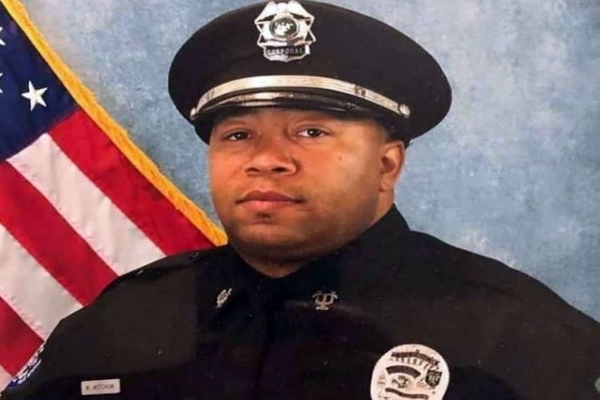 A  police officer was fatally shot Friday night in Louisiana. He was attempting to maintain order between a staff member and game attendee over a mask dispute.

John Shallerhorn, 35, allegedly “got into an altercation with a staff member for not wearing a mask” during the game at George Washington Carver High School, the Daily Mail reports.

Martinus Mitchem, Tulane University Police Cpl, stepped into the dispute and was shot in the chest by Shallerhorn.

Mitchum was transported to a hospital and died from his wounds

Mitchum was providing security at the game. Shallerhorn allegedly shot him as he was “escorted out” from the game, 10 WAVY said.

Shallerhorn was arrested and charged with “first-degree murder of a police officer.”