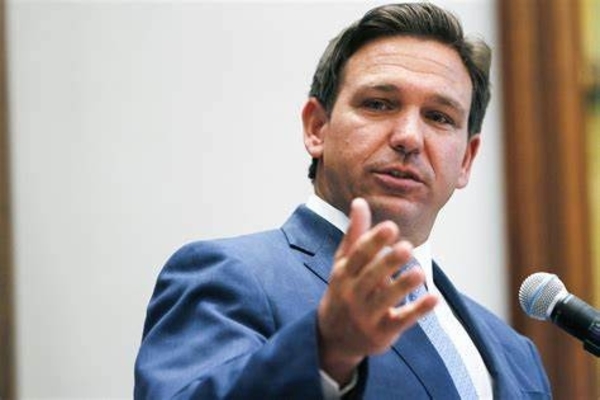 On Wednesday, Florida reached the lowest coronavirus case rate in the nation, as Gov. DeSantis (R) highlighted the “overreach” of vaccine mandates.

“Without mandates or lockdowns, COVID-19 cases in Florida have decreased 90% since August,” Desantis said in a press release, “In addition to cases, hospitalizations have plummeted in our state.”

“This has been accomplished by making monoclonal antibody treatments and vaccines widely available throughout our state while protecting Floridians from government overreach,” he added.

As Yahoo News noted, Florida’s case rates are now “roughly half of California’s current COVID rate and less than a quarter of Vermont’s,” both of which have vaccination rates over 70 percent. Breitbart News reports blue states, such as New York, have worse numbers:

While these blue states implemented forceful lockdown measures throughout the pandemic and reinstated some of the restrictions, including mask mandates, in recent weeks, Gov. Ron DeSantis (R) has remained consistent in his refusal to lock down his state and cripple the economy.

Gov. Ron DeSantis has positioned the Sunshine State as a safe haven from the extreme overreach that city and state governments have imposed on citizens with strict mandates and vaccine passports. This past Sunday, DeSantis stated he would seek legislation to reward unvaccinated police officers $5,000 to relocate to Florida, defying vaccine mandates.

“We’re actually actively working to recruit out-of-state law enforcement because we do have needs in our police and our sheriff’s departments. So, in the next legislative session, I’m going to hopefully sign legislation that gives a $5,000 bonus to any out-of-state law enforcement that relocates in Florida,” DeSantis said on Sunday Morning Futures.

“So, NYPD, Minneapolis, Seattle, if you’re not being treated well, we will treat you better here. You can fill important needs for us, and we will compensate you as a result,” he added.