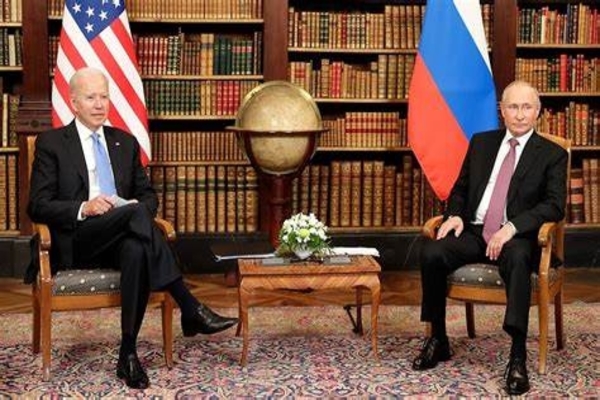 A Kremlin spokesman insisted meetings between  President Joe Biden and counterpart Vladimir Putin would yield no significant results and “cannot become historic” or result in “any breakthroughs.”

Since Biden has become President, the first in-person meeting  between Biden and Putin will be held in Geneva, Switzerland.

Dmitry Peskov, the Kremlin spokesman, contrasted Secretary of State Blinkin, who has described the upcoming meeting as  “the start of testing the proposition of whether Russia also seeks a more stable, predictable relationship or not.”

“No, [the summit] cannot become historic, and one cannot and should not expect any breakthroughs,” Peskov, Putin’s official spokesman, said in an interview, according to the Russian news agency TASS. Peskov insisted the conversation between the two would “not be an easy one” and that the Kremlin expected the two to be together in private for “four to five hours.”

“We’ve got realistic expectations. No illusions, no high expectations,” Ryabkov told reporters. “We are ready to do our part in the interest of stabilization and normalizing our relations. The question is whether the US is ready for it.”

Blinken’s description of the topics of discussion was expansive.

“The purpose of the meeting is for the President to do two things, which he has made very clear already. It’s to tell President Putin directly that we would like a more stable, predictable relationship with Russia – and in that context, there may be an ability to work on some issues where we have overlapping interests,” Blinken said, “but if Russia is going to continue to take reckless or aggressive actions against us or against any of our partners or allies, we’ll respond forcefully.”

However, Blinken warned, “I don’t think we’re going to get a clear and definitive answer from one meeting.”

While the two have not yet had time to engage deeply on any particular issue privately, Biden appeared to continue maintaining his friendly tone towards Putin, nodding yes when reporters asked if he trusted Putin.

Putin and Biden spoke to press before the meeting with help from an interpreter; however, the audio was inferior.

“I know you’ve been on a long journey and have a lot of work,” Putin said. “Still, the U.S. and Russia and U.S. relations have a lot of issues accumulated that require the highest level meeting, and I hope our meeting will be productive.”

“As I said outside, I think it’s always better to meet face-to-face,” Biden said, noting the importance of finding areas of “mutual interests” between the two countries.

As reporters struggled for position during the meeting, Biden paused while looking at his notes and did not continue speaking.

After the meeting, Putin and Biden will hold separate press conferences.