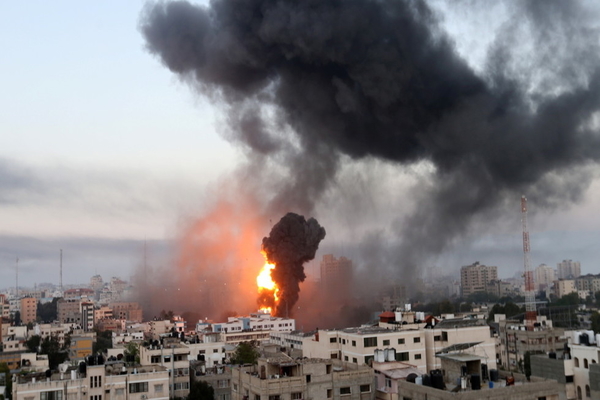 The Israel Defense Forces (IDF) targeted counter-intelligence and senior intelligence officers from the Palestinian Hamas terrorist group, adding a post on Twitter: “Looks like our intel was better.”

Hamas fired an anti-tank missile at a jeep driving on a road in Israel, killing one and injuring three Israelis.

Several Israeli Arab citizens are among the dead in the Palestinian terror attacks, which do not distinguish between Jews and Arabs.

In response, Israel is targeting Hamas’s infrastructure and leadership in Gaza. The Times of Israel reposted Wednesday:

Bassem Issa, the commander of Hamas’s Gaza City Brigade; Jamaa Tahla, the head of its cyber command and responsible for improving the accuracy of the group’s rockets; Jamal Zabeda, the head of research and special projects in its munitions productions department; and Hazzem Hatib, Hamas’s chief engineer in its munitions department were all killed in the strikes, the Shin Bet says.

Israel has extended emergency restrictions for the country’s southern portion for two weeks, the Times reports, interpretation the Israeli government is anticipating a more prolonged conflict.