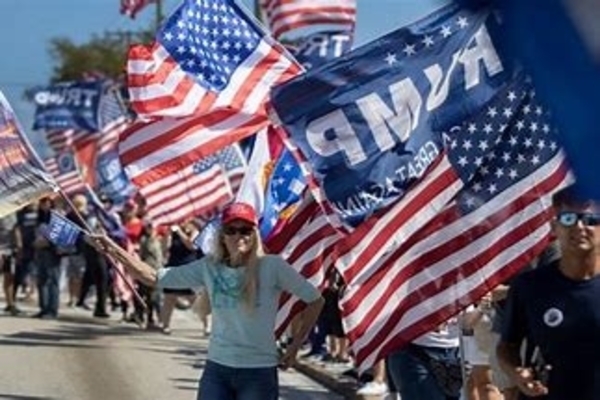 Friday on CNN’s “Cuomo Prime Time” sportscaster Bob Costas said supporters of former President Trump are not the patriots they claim as they tried to overthrow an election.

Costas was asked about a previous Matt Schlapp interview; he said, “He is personable and civil and just as full of it, as any MAGA cultist when it comes to what he is telling you.”

He continued, “I made this point, and I don’t think I’m alone in this. I think millions upon millions of moderates and people who think of themselves as left of center feel the same way. Woke-ism and leftism are not the same thing as classic liberalism. They need to be called to account. They need to be opposed, even if some of it is what we might agree with. They need a thoughtful opposition. MAGA world is not — it’s many things, it ain’t thoughtful.”

Costas said, “Just leave it to what Trump showed us, himself, with his tweets, with his actions, with his biography, prior to entering politics. And how do you explain away — maybe, you could have one or two disgruntled-former employees, somebody trying to sell a book. Of all the presidents in my lifetime, you don’t have as many people who worked closely with that president, as have worked closely with Trump, and then have said how oblivious he is to facts, how unfit he is, temperamentally and morally to be the president of the United States. How do you account for that?”

He added, “They are devoted to him, hopelessly, devoted as an old-song lyric went. And yet, what is his level of devotion to anyone who is not 100% loyal to him? Exhibit A, Mike Pence. They call themselves patriots. We’re True-American patriots. Who tried to overthrow the election? Who tried? It’s on tape. The phone call to election officials in Georgia and everywhere. All these things that are preposterous on their face. And yet, if you are a member of a cult, you’re down the line with that cult.”