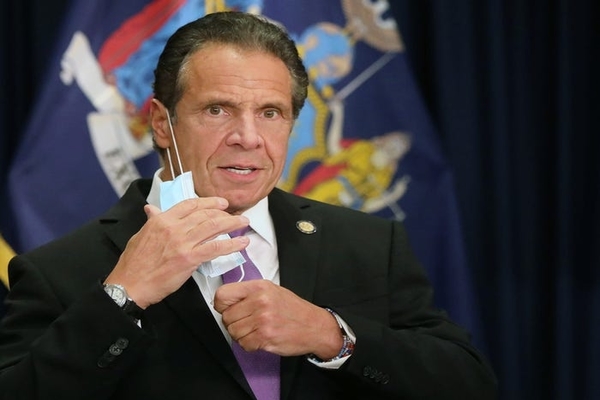 The left-wing organization Time’s Up calls for an investigation on Gov Andrew Cuomo (D-NY).  A former staffer has made credible sexual misconduct allegations.

The details include a lot of creepy behavior and alleged outright harassment.  Boylan detailed how Cuomo “repeatedly touched her body, attempted to kiss her on the mouth, invited her to play strip poker, and overtly objectified her.”

After that, my fears worsened. I came to work nauseous every day. My relationship with his senior team — mostly women — grew hostile after I started speaking up for myself. I was reprimanded and told to get in line by his top aides, but I could no longer ignore it.

On September 26, 2018, I sent a mass email informing staff members of my resignation.

The governor’s office has denied all allegations.

Cuomo is under fire for lying about the number of deaths resulting from his disastrous order of pouring the coronavirus into nursing homes.  He faces allegations of toxic bullying of fellow Democrats and the media.  The credible sexual harassment allegations are not coming from a political enemy of the opposing party.

His troubles are expanding in Thursday’s news that the Time’s Up organization will not look the other way for Cuomo, as they did for Biden.

“Allegations of inappropriate behavior in any workplace are deeply troubling and should be addressed,” foundation president and CEO Tina Tchen said.

“We call on the Cuomo administration to conduct a full and independent investigation into these claims immediately.”

“Look, these allegations are really disturbing; let’s be clear about that,” de Blasio stated Thursday. “When a woman comes forward with this kind of very specific allegations, we have to take it seriously.”

McGowan said in a statement to Fox News, “I completely stand by Lindsey Boylan. Its truth leaks from every word on the screen that she wrote. She, none of us, should endure what she endured.”

McGowan added, “If they’re doing it to her, what are they doing to constituents? What is he going to do to what he considers the little people? It’s monstrous.”

Andrew Cuomo has not commented personally and has pretty much gone into hiding. He is counting on his allies to make this go away by continuing to ignore it.