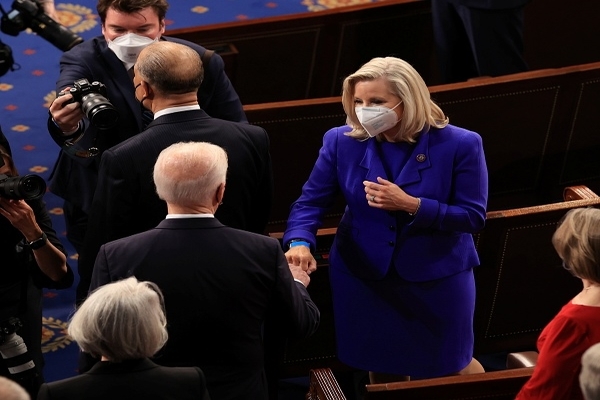 On Saturday, Rep. Lance Gooden (R-TX) predicted that House Republican Conference Chair Liz Cheney (R-WY) would be ousted by the end of May.

Gooden declared, “Liz Cheney has promised she will campaign on impeaching Trump ‘every day of the week.’ Good luck with that, Liz! PREDICTION: she’ll be out of her GOP leadership role by month’s end!”

McCarthy told reporters last week, “If you’re sitting here at a retreat that’s focused on policy, focused on the future of making American [sic] next-century, and you’re talking about something else, you’re not being productive.”

House Minority Whip Steve Scalise (R-LA) said of Cheney, “This idea that you just disregard President Trump is not where we are, and, frankly, he has a lot to offer still.”

House Republicans’ conflict with Cheney does not merely involve her vote to impeach President Donald Trump or her criticism of Trump’s platform; instead, Cheney has criticized Republican attempts to cater to America’s working class.