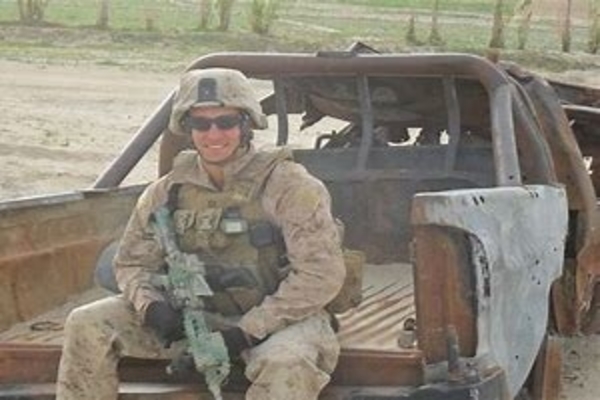 U.S. Marine Lt. Col. Stuart Scheller is being held in a military prison after being relieved from duty in the aftermath of a viral video that showed him condemning the U.S. withdrawal from Afghanistan, his father revealed.

In August, Lt. Col. Stuart Scheller gained notoriety when he launched a public video ripping into the hasty withdrawal of U.S. troops and personnel from Afghanistan, leaving the nation to fall to the Taliban.

After other videos regarding this topic went viral, his superiors banned him from posting on social media.

Schuller acknowledged the outpouring of support and the debate that his videos sparked. He announced he was resigning his commission as an officer in the Marine Corps – short of the 20 years needed for retirement and medical benefits.

His resignation letter went in on August 31 – the final day the U.S. occupied Afghanistan.

Later he announced he was ordered to undergo mental health screening.

Now, his father has told Task & Purpose the officer is under guard in the brig.

“All our son did is ask the questions that everybody was asking themselves, but they were too scared to speak out loud,” Stu Scheller Sr. told the news outlet.

“He was asking for accountability. In fact, I think he even asked for an apology that we made mistakes, but they couldn’t do that, which is mind-blowing,” the elder Scheller said, adding that his son is due to appear before a military hearing on Thursday.

In a statement, Capt. Sam Stephenson, a spokesman for the Marine Corps, told Task & Purpose that Schuller “is currently in pre-trial confinement in the Regional Brig for Marine Corps Installations East aboard Marine Corps Base Camp Lejeune pending an Article 32 preliminary hearing.”

He added, “the time, date and location of the proceedings have not been determined. Lt. Col. Scheller will be afforded all due process.”