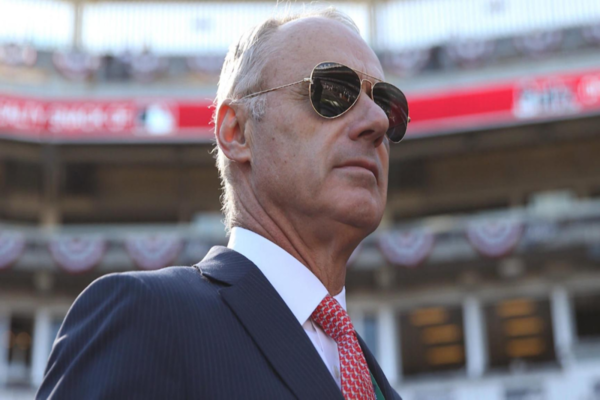 Jobs Creators Network (JCN) sent a letter to Major League Baseball (MBL) commissioner Rob Manfred, slamming his decision to move the All-Star game from Atlanta to Denver in protest of Georgia’s election law. Now JCN will erect a billboard in New York’s Time Square which says, “Hey Rob: All Strikes and No Balls?”

According to data from Cobb County Finance Director Bill Volkmann, which appraised the economic impact of the local economy and businesses, the All-Star Game was estimated to bring between $37 million and $190 million in revenue to Atlanta, Georgia.

“MLB Commissioner Rob Manfred’s hundred-million-dollar slap in the face to minority-owned businesses deserves a billboard of a proportionate size,” Alfredo Ortiz, President and CEO of the Job Creators Network said in a statement. “Small, minority-owned businesses in Georgia have been struggling to get by in the aftermath of the coronavirus pandemic, and moving the MLB’s All-Star game is pulling the rug right out from underneath them.”

“Biden wants to raise taxes on small businesses? HELL NO! NOT ON OUR WATCH!” the two-sided billboard reads. “WTF?!” the other side of the billboard says, with the website JobLossJoe.com tucked underneath.