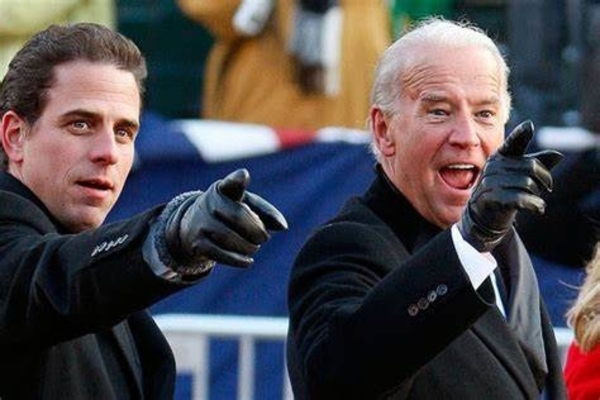 Tuesday, the Daily Mail reported that Hunter Biden, while texting with white attorney Geroge Mesires had used the “N-word” repeatedly.  The text messages were found on Hunter Biden’s laptop.

President Biden is already known to have used the “N-word” as a Democratic Senator.

The media took great interest in the possibility that former President Trump has used the word; they reported rumors of the possibility of recording might have existed; however, none were found.

The president’s son joked in a January 2019 text to corporate attorney George Mesires about a ‘big penis’, and said to the lawyer: ‘I only love you because you’re black’ and ‘true dat n***a.’

In another text a month earlier, he wrote to the Chicago lawyer saying: ‘how much money do I owe you. Because (sic) n***a you better not be charging me Hennessy rates.’

Mesires replied: ‘That made me snarf my coffee.’

Hunter added: ‘That’s what im saying ni…’, cutting off the racial slur mid-word, then texted a picture to Mesires.

The meme shows a photo of Biden hugging Obama with the below caption:

Biden vowed to combat racism in the U.S. by enacting police reform on the 1st anniversary of George Floyd’s death, meeting with Floyd’s family at the white house.

“We have to act,” the president said in a statement after meeting with the Floyd family. “We face an inflection point. The battle for the soul of America has been a constant push and pull between the American ideal that we’re all created equal and the harsh reality that racism has long torn us apart. At our best, the American ideal wins out.”

The report from Daily Mail comes as Biden makes a considerable focus on social justice.  Biden, last week delivered a speech commemorating the 100th anniversary of the Tulsa Massacre,