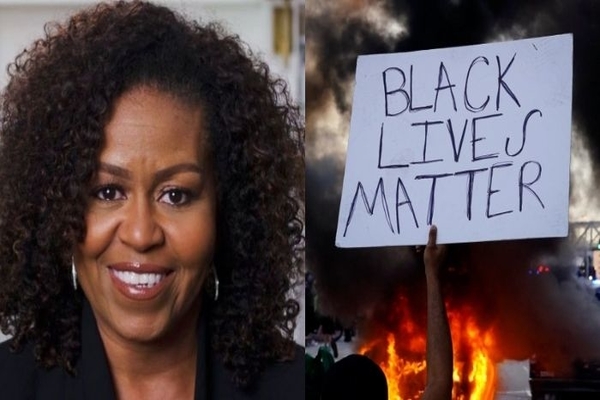 Former first lady Michelle Obama said on CBS This Morning on Friday “that people take to the street in Black Lives Matter protests because they have to.

When Derek Chauvin was convicted of murder, former President Barack and Michelle issued a joint statement saying, “In this case, at least we have our answer. But if we are honest with ourselves, we know true justice is about much more than a single verdict in a single trial,” “We can not rest.”

When asked about her statement, Obama said, “The goal is to let leaders lead. But in certain times, people, you know, look to us often. ‘Well, what do you think? How do you feel?’ We know that while we’re all breathing a sigh of relief over the verdict, there’s still work to be done. And so we, we can’t sort of say, ‘Great. That happened. Let’s move on.’ I know that people in the Black community don’t feel that way because many of us still live in fear as we go to the grocery store, or walking our dogs, or allowing our children to get a license.”