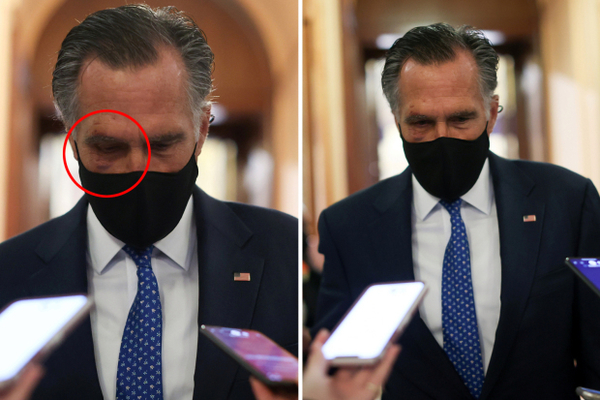 Sen. Mitt Romney (R-UT) has “a lot of stitches” and a black eye after falling in Boston over the weekend.

Romney reported Monday night, “I took a fall. It knocked me unconscious. But I’m doing better,”

He was visiting his grandchildren when he fell, resulting in injury.

Romney tried to downplay the injuries; as a joke, he claimed he got them at CPAC. Romney did not attend the conference.

“I went to CPAC, that was a problem,” the Republican lawmaker joked, referring to the Conservative Political Action Conference that ended Sunday, where former President Trump anchored the event. Romney was not invited to speak.

Romney is unsure just how many stitches he received.