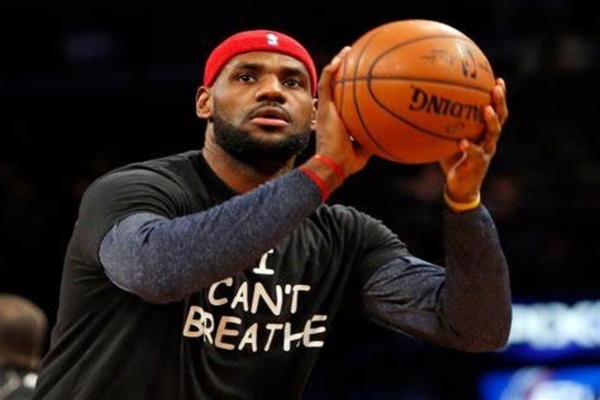 “Rule 50 is a rule in the Olympic Charter that bans any kind of demonstration and prohibits any opinionated political, religious or racial propaganda at the Olympic site in 2021,” a Twitter message from the group says.

“The only time an athlete is able to speak freely is at press conferences and to the media, but not on the Olympic podium when the world is watching,” the statement continues.

“Simply put, we see this as a way of silencing voices, and as advocates for Athlete empowerment, we take a stand against it,” the group adds.

“Sport is not neutral. When athletes speak up – whether from a stadium, gymnasium, or track – they start conversations and things change,” the company added.

“Give athletes the chance to show up fully and to make change,” the group said in conclusion.

The IOC will allow athletes to indulge in political protests before competition or during introductions. However, specific criteria must be met by athletes before demonstrations.

James is one of the leaders of the protest movement in American sports.

The IOC ruled protests against particular people or countries and cannot be disruptive or already banned by the IOC; the protest must meet the “Fundamental Principles of Olympism.”

“When expressing their views, athletes are expected to respect the applicable laws, the Olympic values, and their fellow athletes. It should be recognized that any behavior and/or expression that constitutes or signals discrimination, hatred, hostility, or the potential for violence on any basis whatsoever is contrary to the Fundamental Principles of Olympism,” the IOC ruled.

The IOC has laid out the possible discipline for athletes breaking the rules.

“While the guidelines offer new opportunities for athletes to express themselves prior to the competition, they preserve the competitions on the Field of Play, the ceremonies, the victory ceremonies, and the Olympic Village. This was the wish of a big majority of athletes in our global consultation,” the IOC said.

Some U.S. sports teams have a habit of protesting during the anthem at international competitions – such as the U.S. Women’s National Team:

The IOC stated athletes would not be disciplined for protesting during trials or if they continue to protest during the Olympics.