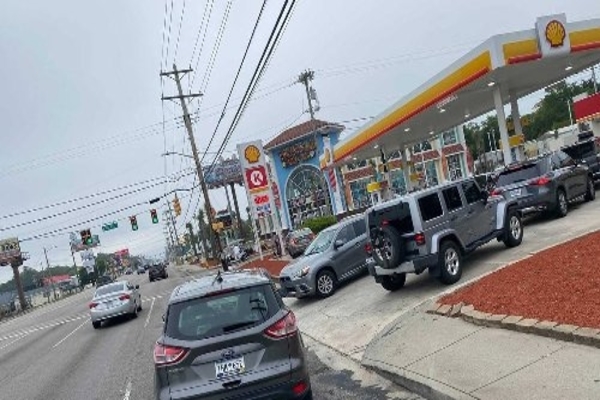 According to reports on social media, the cyber-attack of the Colonial Pipeline and the subsequent concern about gas prices and gas shortage on the East Coast.

Concerns gas prices will rise as Colonial Pipeline shut down its operations on Friday after a cyberattack of the critical fuel source on the East Coast of the United States.

The Biden administration repeatedly reassured Americans on Monday afternoon; the United States was not experiencing a gas shortage.

“At this point in time, I would just reiterate: We don’t see a supply issue,” White House press secretary Jen Psaki told reporters at the daily press briefing.

“The Administration is continually assessing the impact of this ongoing incident on fuel supply for the East Coast,” she wrote. “We are monitoring supply shortages in parts of the Southeast and are evaluating every action the Administration can take to mitigate the impact as much as possible.”

President Joe Biden promised a swift government approach to the ransomware attack and that he was tracking it very closely.

“The agencies across the government have attacked quickly — quickly to mitigate any impact on our fuel supply,” he said Monday afternoon.

South Carolina reporters independently noted shortages in their areas of the state.