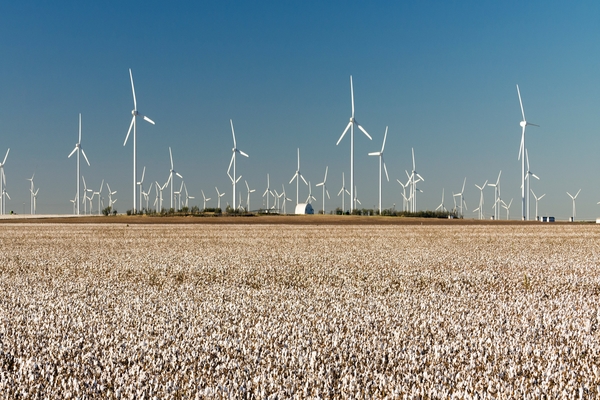 Energy-rich Texas is challenged as the polar vortex shuts down or slows power sources like wind and natural gas.

The Houston Chronic reported on Monday about what led to, at one point, more than four million Texans being without power:

The Texas power grid, powered mostly by wind and natural gas, is relatively well equipped to handle the state’s hot and humid summers when demand for power soars. But unlike blistering summers, the severe winter weather delivered a crippling blow to power production, cutting supplies as the falling temperatures increased demand.

The Electric Reliability Council of Texas, or ERCOT, which is responsible for scheduling power and ensuring the electrical network’s reliability, declared a statewide power generation shortfall emergency and asked electricity delivery companies to reduce load through controlled outages.

ERCOT reported that Monday, 400,000  households have power restored, but the storm’s impacts are not over yet.

The San Antonio Express-News reported  Monday that in 2020, wind surpassed coal for electricity generated in Texas: “another sign of the rapid emergence of renewable energy in the state…”

Since 2015, the amount of wind-generated electricity has more than doubled in Texas, and last year 23 percent of the state’s power came from wind turbines. About 18 percent of electricity generated in 2020 came from coal, the Electric Reliability Council of Texas reports.

Debates over vulnerabilities of the Texas power grid have erupted.

“What are her plans for rolling blackouts during cold weather?”

“The Democratic congresswoman from New Mexico has joined with pipeline protesters, supported the Green New Deal, and opposed fracking on public lands,” the Wall Street Journal reported, “For a cabinet post that oversees the government’s longstanding, multibillion-dollar partnership with drillers on federal lands, Ms. Haaland’s environmental politics are in contrast to those of her predecessors.”

“Fracking is a danger to the air we breathe and water we drink,” Haaland wrote in 2017, the year before she was elected to Congress, the Journal reported. “The auctioning off of our land for fracking and drilling serves only to drive profits to the few.”

The Dallas Morning News reported on the debate, including those who argue alternative energy is the solution :

By midday Monday, state energy officials and experts reported that the power grid’s significant outages came from thermal sources, such as natural gas and coal, not renewable sources.

The Texas Democratic Party criticized Gov. Greg Abbott in a press release for not being open to renewable energy.

“Abbott played politics with alternative sources of energy, and now, thermal sources have been knocked offline,” Texas Democratic Party Chair Gilberto Hinojosa said. “If Abbott cared more about doing his job than trying to scare oil and gas workers into voting for him, Texas should have been able to avoid this crisis.”

The reasons behind the power outages are complicated, argue energy experts.  It is not as simple as conventional and renewable energy.

Jesse Jenkins, an assistant professor of energy and the environment at Princeton University,  said ERCOT relies on thermal sources, such as oil and natural gas, not elusively on wind or solar because of weather dependency.

Jenkins described the events in Texas as the “perfect storm.”

“You could have more wind and solar producing at low capacity factors — that does help,” Jenkins said. “But it’s a sign that you need a more diverse mix of resources overall, and in particular, you can’t count on gas units to be 100 percent firm in winter conditions.”