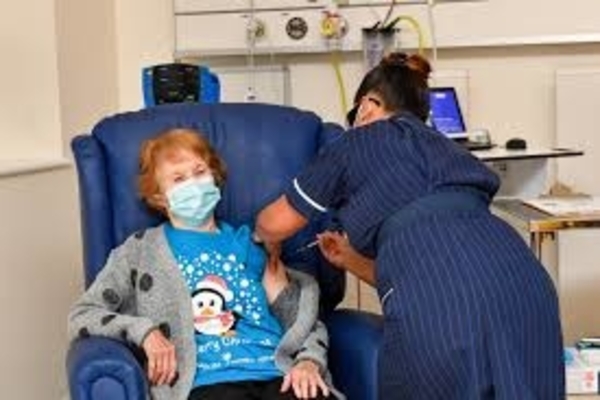 Dr. Anthony Fauci, National Institute of Allergy and Infectious Diseases director said on Thursday MSNBC’s “Andrea Mitchell Reports” that Operation Warp Speed’s Covid vaccine rollout was falling short of the goal of the administrations to administer 20 million shots in December because states had not been given the resources they require.

Mitchell said ” So now we have to highly effective vaccines. Administering them has been anything but at warp speed. What we are seeing is, you know, the fact that only something like 2.8 million people have actually gotten their vaccines, 14 million doses have been distributed, though. That’s really a big drop-off. President Trump is blaming the states. Do you agree with that?”

Fauci said, “We were hoping that as we ended December 31, we will have had 20 million doses in the arms of individuals. Obviously, from the numbers that you showed, Andrea, that’s not the case.”

“There has to be a strong relationship between the national approach and the local approach. You know, the national, first of all, centrally, you cant do it all alone. You have to have very active participation of the states and local authorities and local public health people to get this done. You have absolutely need that. But it’s obvious, when you leave them on their own, without giving them direction, without giving them the kind of resources that they need, that they can’t do it and this is proof positive. So hopefully, as we get into the beginning of the year, we’ll see a change in that and we’ll be able to get them the resources to do what they need to do,” Fauci added.