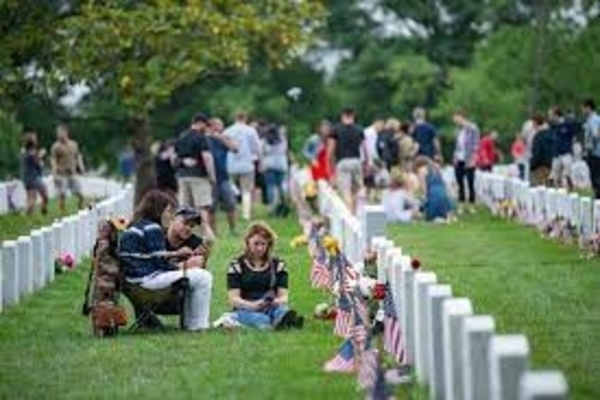 Veterans ripped into VP Harris for her “Long Weekend” tweet that made no mention of the purpose of Memorial Day; we honor those who died fighting for the nation.

“Enjoy the long weekend,” Harris tweeted from her official account, along with a close-up photo of herself.

Marine Corps veteran and Fox News contributor Joey Jones responded to Harris with a picture of himself in front of a wall of fallen troops.

Jones, a double amputee, tweeted: “hey @KamalaHarris, my buddies wanted me to post our selfie to tell you to ‘enjoy the long weekend’ too!”

Army Col. (Retired) Kurt Schlichter tweeted to Harris a photo of headstones at Arlington Cemetery with “I’m sure they would if they could”:

Retired Navy SEAL Derrick Van Orden tweeted: “This ‘long weekend’ for you is paid for by the blood of our Patriots.”

President Biden was also criticized for a tweet that said, “Stay cool this weekend, folks.”

The contrast was pointed out between Harris’s tweet and that from Florida Gov. Ron DeSantis (R).

DeSantis — himself a Navy veteran — had tweeted: “No better way to start Memorial Day weekend than a Salute to America’s Heroes who made the ultimate sacrifice.”