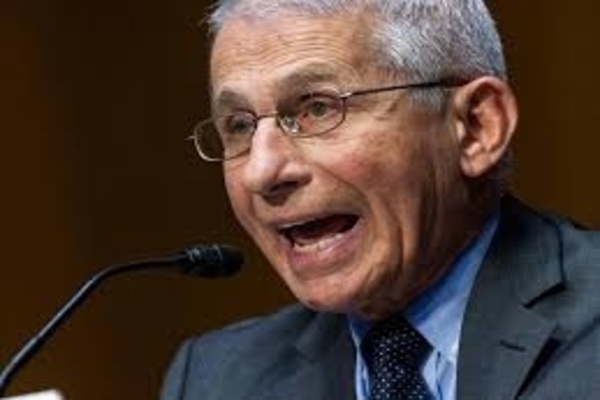 Dr. Fauci now is “not convinced” the Chinese coronavirus naturally developed and its origins merit investigation.

“No, actually. … No, I’m not convinced about that. I think that we should continue to investigate what went on in China until we find out to the best of our ability exactly what happened,” Fauci said during an interview when a PolitiFact reporter asked, “There’s a lot of cloudiness around the origins of COVID-19 [Chinese coronavirus] still, so I wanted to ask, are you still confident that it developed naturally?”

“Certainly, the people who’ve investigated it say it likely was the emergence from an animal reservoir that then infected individuals,” Fauci continued to backtrack, “but it could’ve been something else, and we need to find that out. So, you know, that’s the reason why I said I’m perfectly in favor of any investigation that looks into the origin of the virus.”

His new opinions on the origination of coronavirus come after an interview in May of 2020, when he was asked, “Do you believe or is there evidence that SARS-CoV-2 was made in the lab in China or accidentally released from a lab in China?”

If you look at the evolution of the virus in bats, and what’s out there now is very, very strongly leaning toward this could not have been artificially or deliberately manipulated — the way the mutations have naturally evolved… a number of very qualified evolutionary biologists have said that everything about the stepwise evolution over time strongly indicates that it evolved in nature and then jumped species.

If you accept the premise, which is very strongly supported by scientific evidence, that it was not deliberately mutated and deliberately changed, and you say, if it was in the wild and evolving, the likelihood it jumped species naturally, someone will say, ‘Well, maybe somebody took it from the wild, put it in the lab, and then it escaped from the lab.’ But that means it was in the wild, to begin with!

“Fauci then laughed as he claimed not to understand why the possibility that COVID-19 had escaped from a lab was being raised,” the Washington Examiner wrote:

Sen. Rand Paul (R-KY) recently ask Fauchi in a Senate hearing “Will you in front of this group categorically say that the COVID-19 virus could not have occurred by serial passage in a laboratory?”

I do not have any accounting of what the Chinese may have done, and I’m fully in favor of any further investigation of what went on in China. However, I will repeat again; the NIH [National Institute of Health] and NIAID [National Institute of Allergy and Infectious Diseases] categorically has not funded gain of function research to be conducted in the Wuhan Institute of Virology.

Fox News reported on Paul’s specific line of questioning by noting the following:

Paul had claimed that funding through the National Institutes of Health (NIH) had been funneled to the controversial Wuhan Institute of Virology — the Chinese lab that is believed to have played a role in the initial outbreak of COVID-19. Paul specifically zeroed in on a gain of function research — which works on making pathogens deadlier or more easily transmissible.

“He alleged that a U.S. virologist had been working with the Chinese institute on such research and said it was funded by the NIH,” Fox concluded.