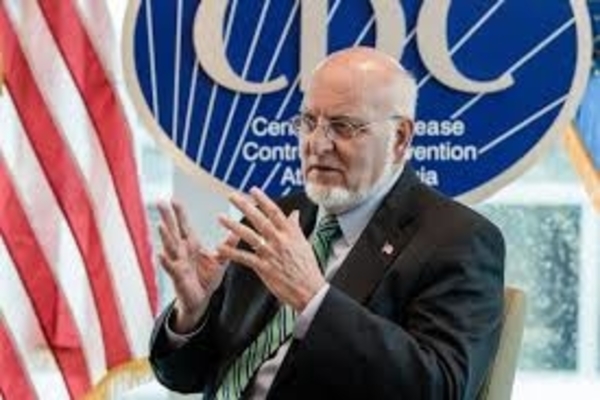 Redfield said, “If I was to guess this virus started transmitting somewhere in September, October in Wuhan … That’s my own view. It’s an opinion. I’m allowed to have an opinion.”

He continued, “I’m of the point of view that I still think the most likely etiology of this pathology in Wuhan was from a laboratory. Escaped. Other people don’t believe that. That’s fine. Science will eventually figure it out. It’s not unusual for respiratory pathogens that are being worked on in a laboratory to infect the laboratory worker.”

He added, “That’s not implying any intentionality. It’s my opinion, right. But I am a virologist. I have spent my life in virology. I do not believe this somehow came from a bat to a human, and at that moment in time that the virus came to the human, became one of the most infectious viruses that we know in humanity for human-to-human transmission.”

The World Health Organization (WHO) has called the theory the virus escaped from the lab “extremely unlikely.”

“The findings suggest that the laboratory incidents hypothesis is extremely unlikely to explain the introduction of the virus to the human population,” Peter Ben Embarek, a WHO expert, said in February.

A recent USA Today opinion piece expressed a similar idea, stating that lab leaks in the US aren’t uncommon, so a laboratory origin shouldn’t be ruled out.