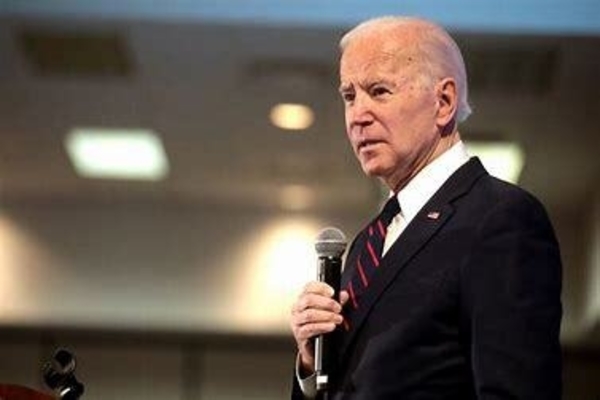 President Biden broke his silence as he addressed the nation after the fall of Afganistan.

“The truth is this did unfold more quickly than anticipated,” Biden said during his speech at the White House.

Biden began by narrowing the goals on counter-terrorism in Afganistan, noting it was never an achievable goal to build the nation.

Biden is unwilling to send troops back to Afganistan to fight the Taliban.

“American troops cannot – and should not – be fighting in a war—and dying in a war—that the Afghans are not willing to fight for themselves,” he said.

Biden said he was willing to accept criticism for his decision, which he defended as the “right” course of action.

“I am clear on my answer. I will not repeat the mistakes we have made in the past,” he said, looking back on the 20 years of failure to end the conflict and civil war in Afghanistan.

However, Biden blamed Trump for negotiating the agreement with the Taliban before coming into office.

“U.S. forces had already drawn down,” Biden said, complaining that the Taliban was already in a stronger position militarily thanks to Trump.

While Biden was on vacation over the weekend, he appeared hesitant to speak as the crisis unfolded; instead, administration officials spoke to the press and released statements.

Biden’s photo was issued by staff. He sat alone at a conference room table, taking video calls with national security and intelligence officials as evidence of him taking the crisis seriously, although pubic criticism was seen.

Biden’s optimistic remarks that Afganistan would step up and defend itself from the onslaught of the Taliban were a focus of media outlets.

However, Biden was condemned for remaining publicly silent about the crisis, including his attempt to blame former President Trump.

Thousands of Americans are stranded in Kabul as the military scrambles to evacuate the region.

On Monday, The White House announced Biden would address Afganistan while returning to Washington, DC.