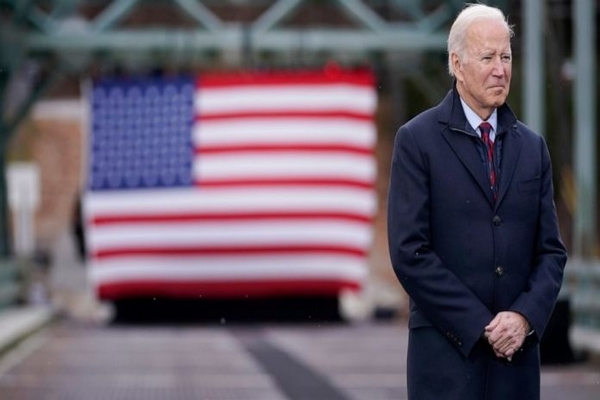 Biden praised Barra for investing in the Detroit factory, disregarding GM’s announcement that they would invest $1 billion into Mexico factories to produce electric vehicles in April.

Biden also praised Barra for announcing that by 2035, General Motors vehicles would be 100 percent electric and end production of diesel and gasoline-powered engines.

“You led — and it matters — in drastically improving the climate by reducing hundreds of millions of barrels of oil that will not be used when we’re all-electric,” he said.

With Barra in the passenger seat, Biden drove the electric Hummer; he squealed the tires at one point.

After the drive, Biden pulled up to a group of reporters saying, “This sucker is something else.”

Biden did not know how fast he was going; he claimed not to have time to look at the speedometer.

“It’s good to be back in Detroit. And that Hummer is one hell of a vehicle,” Biden said during his remarks. “Zero to 60 in three seconds. Whoa!”

“Look, we’re going to make sure that the jobs of the future end up here in Michigan, not halfway around the world,” he said. “You know, that means that here in Detroit, you’re going to set a new pace for electric vehicles. This is not hyperbole; this is a fact.”