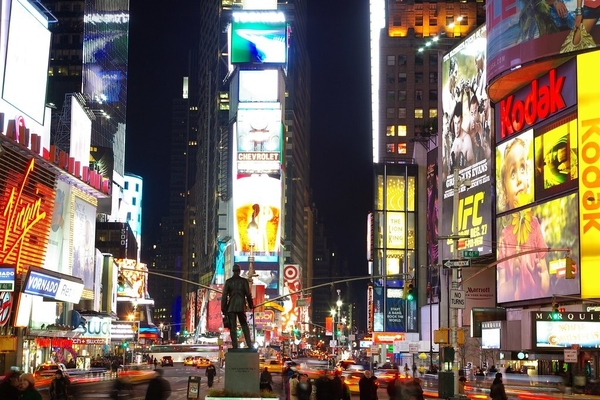 The announcement came one day after Gov. Cuomo begged private business owners to discriminate against the unvaccinated patrons by denying entry into their business.

The program is called the “Key to NYC Pass” and is expected be begin this month. According to the New York Post,  “enforcement will begin in September following a public service announcement campaign, administration officials said.”

The businesses will require proof through the Excelsior pass, which rolled out this year, or the CDC’s vaccine card before entry.

The Democrat mayor has hinted the unvaccinated will see more severe measures in the future.

“We’ve got to shake people at this point and say, ‘Come on now.’ We tried voluntary. We could not have been more kind and compassionate. Free testing, everywhere you turn, incentives, friendly, warm embrace. The voluntary phase is over,” he said during an appearance on MSNBC last week.

“It’s time for mandates because it’s the only way to protect our people,” he added, doubling down during Monday’s press briefing.

“I say that to say, ‘go get vaccinated, so you can fully participate in the life of this city,’ because that’s where things are going,” he added.

Gov. Cuomo offered a similar warning on Monday as he urged private businesses to discriminate against the unvaccinated.

“Private businesses, bars, restaurants — go to a vaccine-only admission. I believe it’s in your best business interest,” he said, explaining that he, personally, wants to know if the individuals in his close proximity are vaccinated when he is at a bar or restaurant.

“If I go to a restaurant and I’m sitting at a table, and the table right next to me, I want to know that they’re vaccinated. I believe it’s in your business interest to run a vaccine-only establishment,” he continued before touting the state’s vaccine passport, the Excelsior pass.

“We have passes. They’re on apps. They’re on phones. It’s very simple. You can operate a restaurant. Just say you have to show that you were vaccinated when you walk in the door. It’s going to help your business, not hurt it,” he claimed, pitching the requirement as the ultimate incentive to force people to get vaccinated.

“If you say to people, well if you don’t have a vaccine, you can’t get into these establishments, then you’ll see a real incentive to get vaccinated,” Cuomo added.