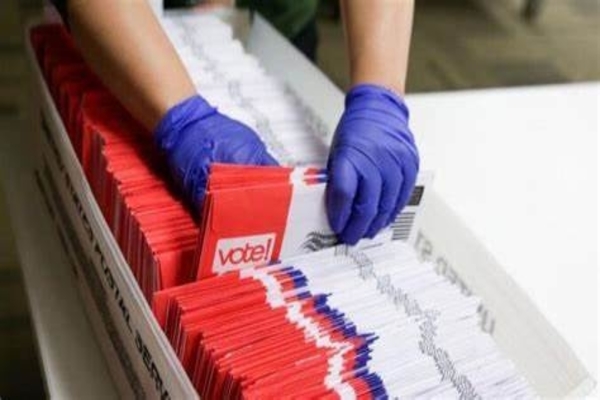 According to the head of the company conducting the audit, a forensic audit of Maricopa County, Arizona, uncovers “no clear record” of 74,243 mail-in ballots ever being sent out in the 2020 election.

There should be more E.V. 32s, more sent out than there are that are received. Specifically, with these, we can tie them to a specific individual that it was mailed to. So we have 74,000 where we have them came back from individuals where we don’t have a clear indication that they were ever sent out to them. That could be a something where documentation wasn’t done right. There’s a clerical issue. There’s not proper things there, but I think when we’ve got 74,000, it merits knocking on a door and validating some of this information.

In the state Senate hearing on Thursday, Senate Liaison Ken Bennett described the process by which election workers duplicate a ballot. “If a ballot gets damaged and has to be sent to duplication, there is a very specific process in the [state] elections procedure manual,” he said. That process involves applying matching serial numbers to both original and duplicated ballots.

The hearing began with Logan and Bennet outlining the audit procedures, assuring the attendees of the high standards.

The hearing concluded by Fann emphasized the testimony represents an interim report of the forensic audits the final report and results are to follow.

The final report is hindered by the ongoing lack of cooperation in the audit by Maricopa County Board of Supervisors and county officials.

In the November 2020 election, Joe Biden gained Arizona’s 11 Electoral College votes by less than 11,000 votes out of the three million casts. Maricopa County had the majority of the votes of the state with 2.1 million.

Democrats and the establishment media have intense opposition to the forensic audit.

Earlier in the week, two Democrat members of the House Oversight Commitee stated intent to investigate the Arizona State Senate forensic audit of the November 2020 election results in Maricopa County.