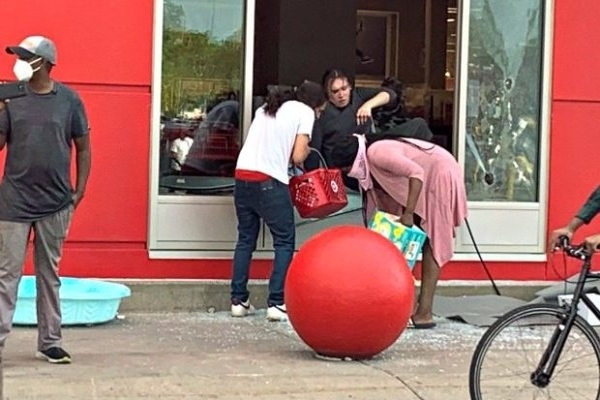 The crime wave continues as the San Francisco Police force shrinks, and the thieves are looting stores; Bay Area Target stores announce they are cutting hours to reduce their losses.

According to ABC7, at least five Target locations that typically stayed open until 10:00 pm will be closing at 6:00 pm in San Francisco.

“For more than a month, we’ve been experiencing a significant and alarming rise in theft and security incidents at our San Francisco stores, similar to reports from other retailers in the area. Target is engaging local law enforcement, elected officials, and community partners to address our concerns. With the safety of our guests, team members, and communities as our top priority, we’ve temporarily reduced our operating hours in six San Francisco stores.”

“We need to make sure when these crimes occur that there is an accountability component. When police make an arrest which they have – which you saw on the news with the guy on the bike and arrest has been made. Will they be held accountable for what they did?” said Mayor Breed.

Walgreens announced closings due to the inability to stop people from stealing from their stores.

The continuous thefts have been dubbed “organized retail theft,” however it looks like looting as several people invade the store, grabbing as much merchandise before fleeing.

ABC7 reported Walgreens emailed the outlet and said the company told the San Francisco Board of Supervisors that theft in their San Francisco stores is four times more than the average in stores across the country. The company also spends 35 times more on hiring security personnel.

In the past five years, Walgreens has closed 17 stores in the Bay Area.

San Francisco has the lowest arrest rate in the state of California, according to ABC7’s report.

“That answer does speak to staffing. I mean, it’s direct, and this is not an excuse; this is a reality,” San Francisco Police Chief William Scott said. “In order for us to be at these locations when these things happen, the officers have to have time to be there.”

“In 1994, voters passed Proposition D, which mandated that there be 1,971 full duty officers,” ABC7 reported. “San Francisco has never reached that goal.”

The board of supervisors changed the police department budget last year, and now, Mayor London Breed has proposed an increase to the budget and urged supervisors to support the move.