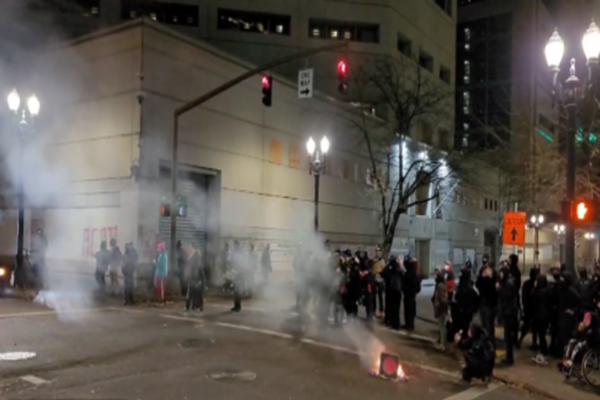 In the streets of Brooklyn, Chicago, Oakland, and other cities, there were protests over the not guilty verdict in the Kyle Rittenhouse trial.

After the verdict, hundreds of people took to the streets in Brooklyn, New York, to voice their frustrations over the jury’s verdict.

The Rittenhouse trial has been linked to race, even though the three men shot by Rittenhouse were all white.

A busy Chicago street was blocked during rush hour, with protesters showing their unhappiness over the trial’s outcome.

A Neiman Marcus luxury store and multiple other stores were looted while the protests occurred.

One Twitter user shared a flyer for a protest in Minneapolis and told his followers to “let people go wild,” and “leave your phone at home.”

Protesters reportedly shouted, “fuck Kyle Rittenhouse,” while marching down the streets in Denver.

In Oakland, protesters gathered at a federal building to protest the not guilty verdict, with signs reading, “Cops and fascists given license to kill in the USA.”

Rittenhouse was found not guilty on all five charges after the trial for killing two men and injuring another in self-defense during the 2020 riots in Kenosha, Wisconsin.